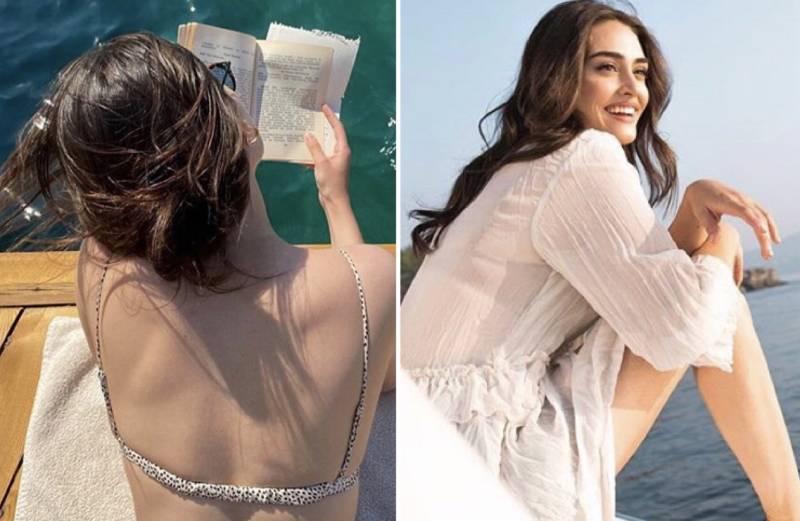 The burden of being a star comes with millions of rude remarks and getting socially trolled often than you know it.

'Ertugrul' star Esra Bilgic has become the new point of contention for social media trolls. In her recent Instagram post, Bilgic is chilling on the beach in a white bikini and fans are going gaga over her 'revealing pictures.'

Previously, the actress chose to limit her comments on posts as she was being bashed by some of her Pakistani fans. However, she opted to keep her comments open for her latest Instagram post and the moral policing continued.

Fans seem to be obsessed with her character as Halima Sultan in Ertugrul and expect her to dress in the same manner as she does in the drama. According to people, the 12th-century attire suits Bilgic better than the 'western' clothes she wears in her personal life.

Fans seem to forget that the Turkish star is only portraying the role of Halima and cannot become her in real life. What's on screen can't always be brought to life. Live and let live ya'll!