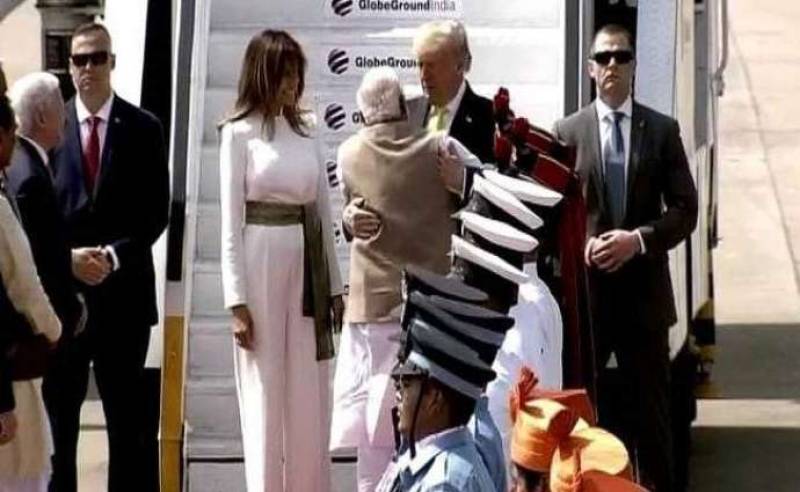 AHMEDABAD - US President Donald Trump arrived in India on Monday for his first 36-hours long visit to the country.

Indian Prime Minister Narendra Modi received the president, who was accompanied by his wife Melania, daughter Ivanka, son-in-law Jared Kushner and top brass of his administration, at Ahmadabad airport.

Trump and Modi were due to address a huge rally of around 100,000 people at the world’s biggest cricket stadium in Modi's home state before the US president fly to the historic building, Taj Mahal, in Agra.

Ahead of his departure to India, the US president tweeted, "I hear it’s going to be a big event, some people say the biggest event they ever had in India. That´s what the prime minister told me".

While leaving the white house for the trip, Trump said: "I look forward to being with the people of India".

"We’re going to have many millions and millions of people," he said. "I hear it's going to be a big event, some people say the biggest event they ever had in India. That's what the prime minister told me."

Numbers of controversies erupted in India including protests ahead of Trump’s visit. New Delhi police have arrested numbers of protesters.

Congress party also criticized the BJP government for spending a huge amount of 1000 million only in Ahmadabad for Trump’s visit.