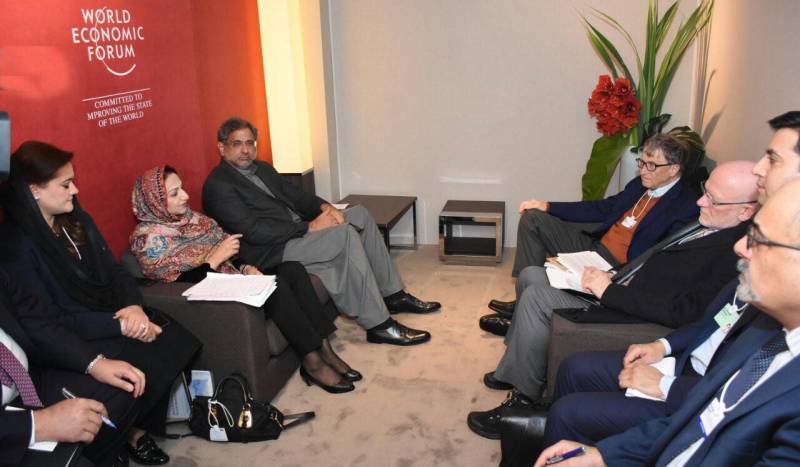 The prime minister thanked and appreciated the support provided by Bill and Melinda Gates Foundation to Pakistan, particularly for the Polio Eradication Program. The Prime Minister discussed avenues of partnership in health, education and other social sectors with Mr. Gates. Small and Medium Enterprizes (SMEs) and empowerment of farmers through financial and digital inclusion was also discussed during the meeting.

We are focused on social sector reforms and the recent major initiatives of our government in health and education (sectors) would certainly benefit people in general and the poor and vulnerable in particular, highlighted the prime minister.

While recalling the meeting held at the sidelines of UNGA last year, the prime minister apprised about the progress made by Directorate of National Savings that has partnered with Karandaaz Pakistan to digitize over 7 million accounts and certificate holders among which more than half of them are women. Karandaaz Pakistan is a Pakistani company working for promoting access to finance for small businesses through commercially directed investments and financial inclusion for individuals.

Bill Gates appreciated the tremendous progress achieved in eradication of polio during the last four years and the expectation that all the stakeholders will make the final push to achieve the cherished goal of complete eradication of polio from the remaining parts of the country.