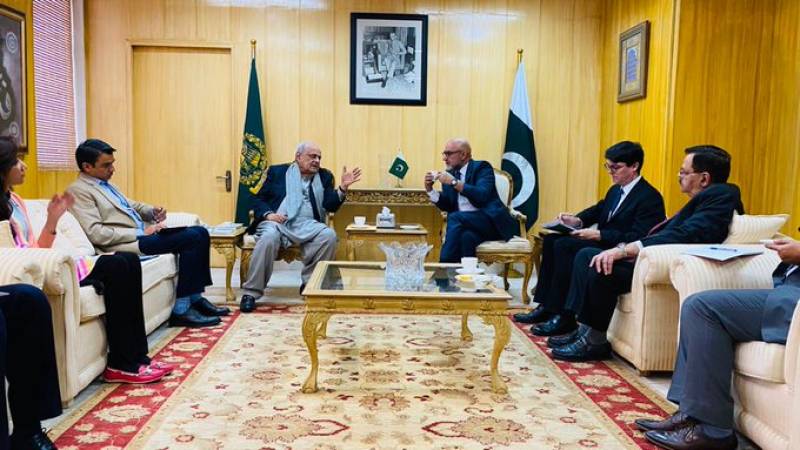 'Until and unless you motivate the society through education, it is not possible for the government to yield desired results,' he said while addressing the launching ceremony of 'Pakistan Terrorism Prevention Programme', a project rolled out by the Interior Ministry in collaboration with the UNODC to curb the terrorism from the country.

Some portion of funds should also be utilized on the rehabilitation of affectees of terrorism like law enforcement personnel, judges and their families.

Shah assured his full cooperation to UNODC under the available resources.

UNODC chief Masood Karimipour said the minister's guidance in the project would play central role in execution of the project.

He appreciated the government efforts for curtailing the number of subversive activities and hoped that it would do more to eliminate this menace.

Fakhar Alam Additional Secretary Interior while giving presentation on the programme said it would support the government in its efforts to strengthen the criminal justice response to effectively counter terrorism in line with its national and international standards and obligations.

The national scope programme was developed in partnership with Ministry of interior and relevant stake holders that would assist the government to implement National Action Plan and National Internal Security Policy on both at Federal and provincial levels, he added.