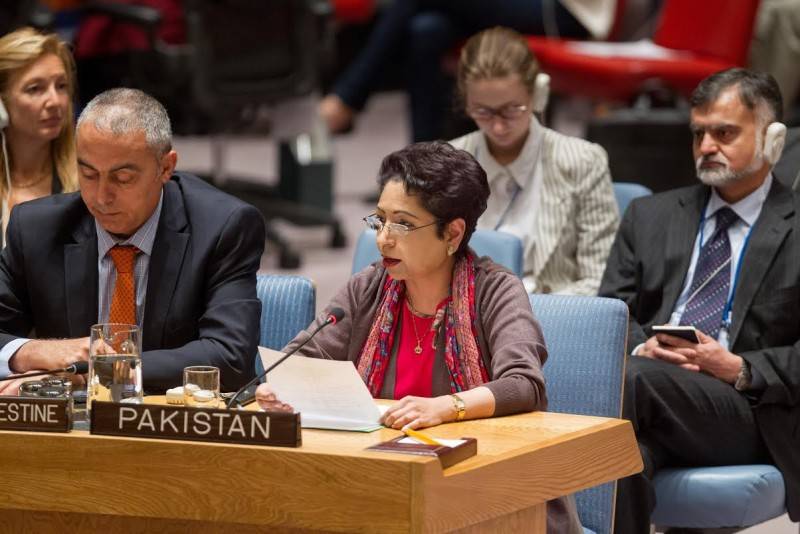 NEW YORK (Web Desk) - Speaking in the 15 member Security Council in a debate on the Middle East, Pakistan’s Ambassador Maleeha Lodhi called on the Security Council to adopt a resolution setting timelines and parameters for establishing an independent, viable and contiguous state of Palestine, based on the pre-1967 borders, with Jerusalem as its capital.

The Pakistani envoy said that Pakistan believes that the path to sustainable peace in the Middle East lies only in the two-state solution and an end to Israeli occupation of all Arab lands. She called upon the 15 member Council to take its responsibilities seriously.

Ambassador Lodhi said, "The landmark agreement reached with Iran, which if fully and sincerely implemented, could not only contribute to nuclear non-proliferation but also regional stability, cooperation and economic growth".

It could open the way for "closer consultations and even agreement on how to address pressing regional challenges", she added.

Highlighting the threat posed by ISIS in the Middle East, Ambassador Lodhi called for a comprehensive strategy, military, political, economic and social, to defeat a movement motivated by an ideology of hate and gruesome violence.