LAHORE - Acclaimed Pakistani film star Anjuman Shaheen, one of the most known artists of Punjabi cinema, has tied the knot to fellow producer and director Waseem  Lucky  Ali.

The private wedding ceremony of the 64-year-old actress took place on June 17 and was attended by only close family and friends. But the news was revealed earlier this week when pictures of the ceremony were leaked onto social media.

While having a talk with media, The Chaudrani film star said that loneliness was the main reason to tie the knot, adding that she had sought permission from her children first. She said it is our religious right to decide our future. She said I just met Ali 5 months ago. 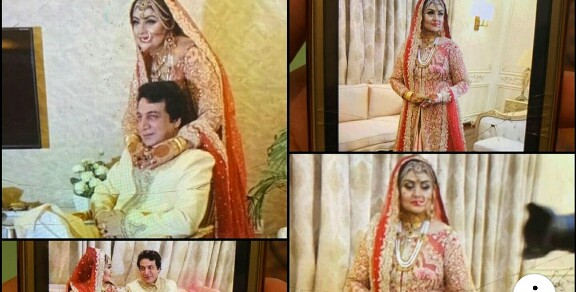 The newly married star further stated that Ali is a nice person and his family gave me a lot of respect. She said I was searching for a good life partner. She also requested the fans to pray for her and said she would remain part of the film industry.

Anjuman was one of the most popular actresses in the Punjabi film industry who shot to stardom in the 1980s and 1990s starring in films like Wadey Ki Zanjeer, Sher Khan, Chan Varyam, Jeedar, and others.

She is known for starring in lead roles alongside legendary Punjabi film actor Sultan Rahi and has also co-starred with in non-Punjabi films with leading actors like Waheed Murad, Mohammad Ali, and Nadeem.

Here wishing a blessed life ahead to the couple.