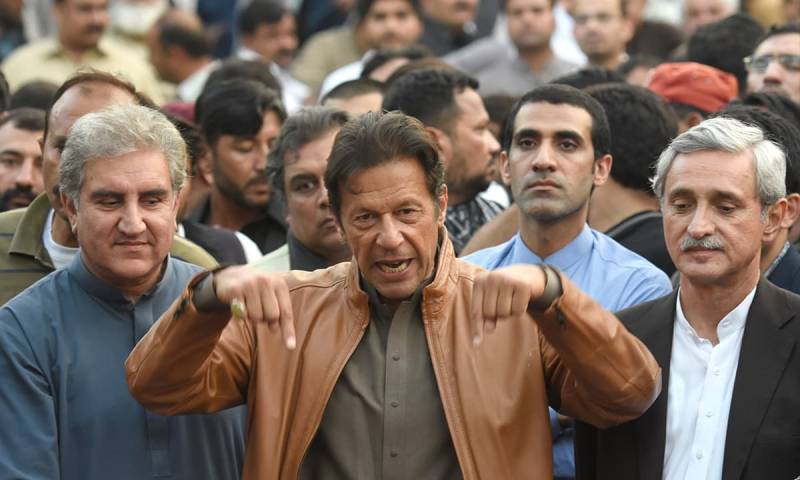 LAHORE - Chairman Pakistan Tehreek-e-Insaf Imran Khan on Friday vowed to move supreme court over the LNG deal inked by the government with Qatar after Panama case.

Khan who landed in Lahore for a single day tour talked to newsmen and expressed that after the Panama verdict, he would file a petition seeking a probe into multi-billion dollar liquefied natural gas deal.

He expressed that the whole nation was eagerly waiting for verdict regarding the Panam case as it would unfold a new era for Pakistan. He maintained that it was for the first time in history that a powerful class in Pakistan was being held accountable.

The cricketer-turned-politician claimed that the Qatari letter was brought to save the skin of Nawaz Sharif for his money laundering. He noted that the original money laundering was the confessional statement of finance minister Ishaq Dar.

The legislator said that Saeed Ahmed had mentioned Ishaq Dar for money laundering but the government has made him chairman of National bank. He showed concerns as to how state bank gave go ahead for appointment of Saeed Ahmed as chairman National Bank of Pakistan.

To a question regarding the shocking disclosures by former ambassador to US, Hussain Haqqani, Imran opined that Haqqani disclosed what was already known.

'Panama, Memo gate and Dawn Leaks were one and the same thing' said Imran Khan.

The lawmaker alleged that the ruling elite conveyed messages to India and America that Pakistan Army was not on board with them but publically claimed that civilians and military were on the same page.

Regarding Asif Zardari's threat to chairman NAB, PTI supremo expressed that when NAB could not initiate proceedings against Ishaq Dar, how could it launch investigations against Asif Ali Zardari as NAB chairman was appointed after joint nod of Nawaz Sharif and Asif Zardari.