US tests laser weapon 'that can destroy aircraft mid-flight' – VIDEO 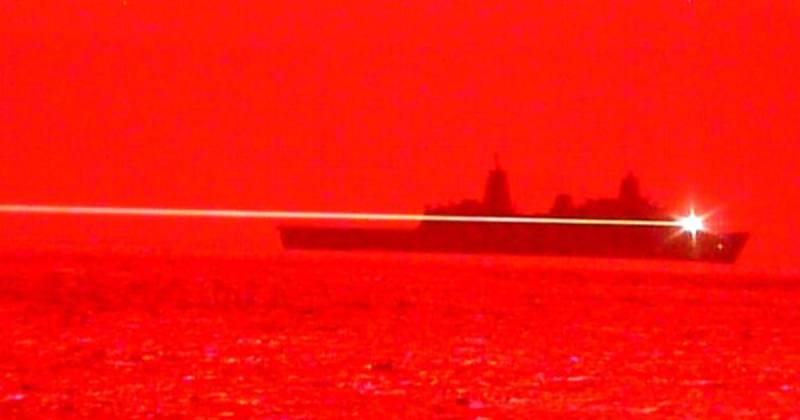 WASHINGTON – A new high-energy laser weapon capable of destroying aircrafts mid-flight has been successfully tested on a US Navy warship.

LWSD is a high-energy laser weapon system demonstrator developed by the Office of Naval Research and installed on Portland for an at-sea demonstration. LWSD’s operational employment on a Pacific Fleet ship is the first system-level implementation of a high-energy class solid-state laser. The laser system was developed by Northrup Grumman, with full System and Ship Integration and Testing led by NSWC Dahlgren and Port Hueneme.

The Navy’s Pacific Fleet revealed the new weapon in a series of pictures and videos which show USS Portland executing ‘the first system-level implementation of a high-energy class solid-state laser’ used to disable an aerial done aircraft.

The laser test was carried out on May 16 in the Pacific, the Navy said, without giving a specific location.

Pictures show the laser coming from the deck of the amphibious transport dock ship, while videos show what appears to be the drone burning as a result of the attack.

At the announcement, Capt. Karrey Sanders, commanding officer of Portland said: “By conducting advanced at sea tests against UAVs and small crafts, we will gain valuable information on the capabilities of the Solid State Laser Weapons System Demonstrator against potential threats.”

Back in 2017, the US Navy tested a 30-kilowatt laser weapon from the amphibious transport ship USS Ponce in the Persian Gulf.