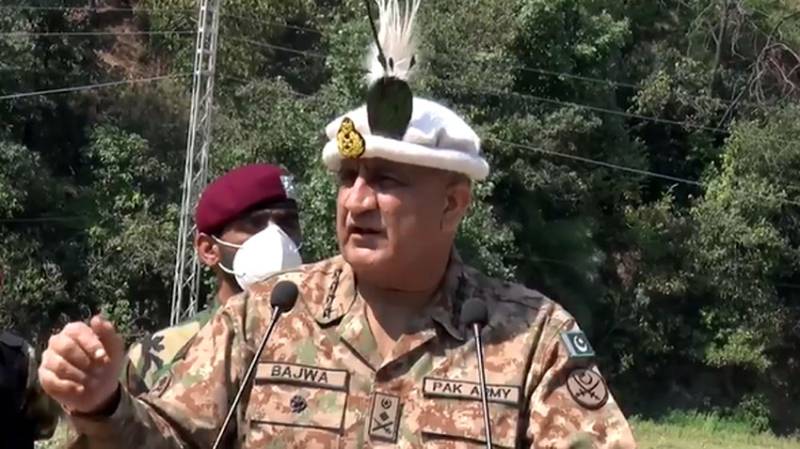 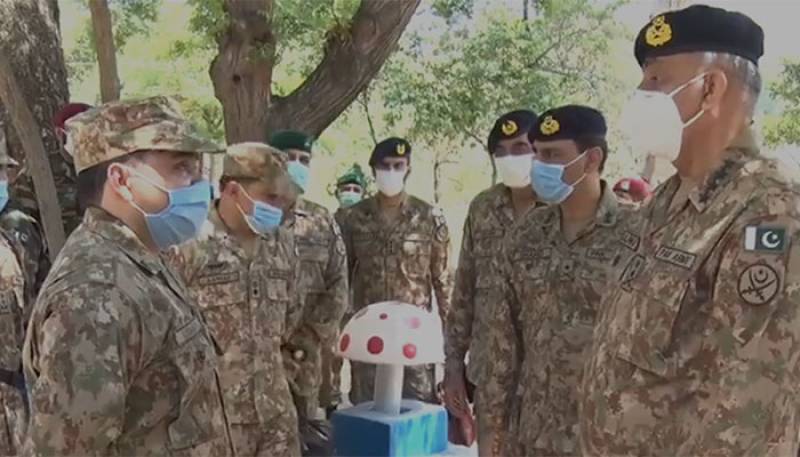 RAWALPINDI – Chief of the Army Staff (COAS) General Qamar Javed Bajwa visited the Line of Control (LoC) on Sunday and celebrated Eid-ul-Fitr with soldiers in the Puna sector after offering Eid prayers, according to the military’s media wing.

The army chief offered Eid prayers at the frontline and prayed for peace, progress and prosperity of Pakistan in these difficult times, particularly seeking God's blessings for the nation to overcome the COVID-19 pandemic, the Inter Services Public Relations said in a statement.

Gen Bajwa, while addressing the troops, lauded their professionalism, operational preparedness befitting response to Indian ceasefire violations and their morale in the face of evolving challenges.

“Performing one’s duty away from home even on such festive occasions is a soldier’s pride and we shall continue to do so with utmost commitment and unflinching resolve,” the COAS was quoted by ISPR as saying.

“India is trying to shift the global attention away from worsening humanitarian crisis and violence in Indian occupied Kashmir to LoC by targeting innocent civilians across the line. Kashmir is a disputed territory and any attempt to challenge the disputed status including any political or military thought related to aggression will be responded with full national resolve and military might. Disturbing the stability matrix in South Asia can lead to dire consequences,” he said.

“Pakistan Army is fully alive to the threat spectrum and will remain ever ready to perform its part in line with national aspirations,” he reiterated.

The top military commander also expressed hope that international community will weigh in to ensure freedom of movement for UNMOGIP operations inside IoJK, as ensured by Pakistan in AJK, so that the tragic consequences of ongoing atrocities and inhuman clampdown inside occupied territory is reported to the United Nations Security Council and the world at large.

“Indian occupying forces can never suppress valiant spirit of Kashmiris who rightfully await plebiscite under UN resolution. Regardless of ordeal their struggle is destined to succeed,” the army chief concluded.