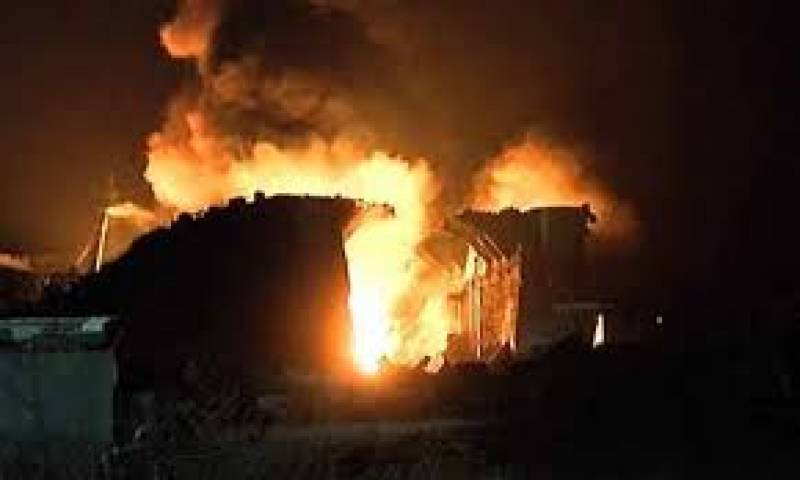 LAHORE – A woman allegedly set her two minor sons on fire on Monday after a domestic dispute with her husband over poor living conditions at Kot Asadullah village in Manga Mandi.

The deceased are identified as 3-year-old Abdul Rehman and four-year-old Faizan. Rescue officials have recovered the bodies with severe burns from a room of a three-marla house at Kot Asadullah.

The house was damaged in parts after the fire that engulfed a portion of the building comprising two rooms and a kitchen.

According to the police, Rescue teams noticed the smell of petrol in the house and informed the police before shifting the dead bodies of the two minors.

KARACHI – In another accident related to Tiktok craze, a woman was arrested on Saturday for allegedly setting her ...

Following which the police detained the parents for interrogation. The mother, Tanzeela, gave conflicting statements, but later confessed her crime, saying her husband was unable to afford the daily expenses.

She got disturbed over the daily domestic disputes and killed her minor sons by strangling them and then set the room ablaze. Tanzeela later gathered the neighbours, telling them of sudden fire eruption.

The police, after her confession, shifted the dead bodies for the postmortem.