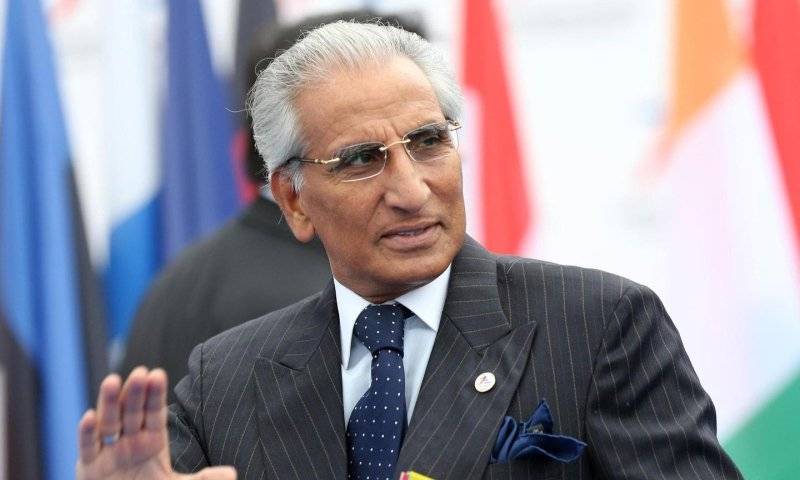 LAHORE (Staff Report) - Contrary to media reports surfacing earlier, the daughter of Syed Tariq Fatemi, Special Assistant to the Prime Minister on Foreign Affairs, is actually married to an American Muslim, who entered Islam from Judaism before marrying Fatemi's daughter.

According to documents available with Daily Pakistan Global, when Saima Tariq Fatemi married Michael Wamsganz, a former Jewish American, he had already converted to Islam. 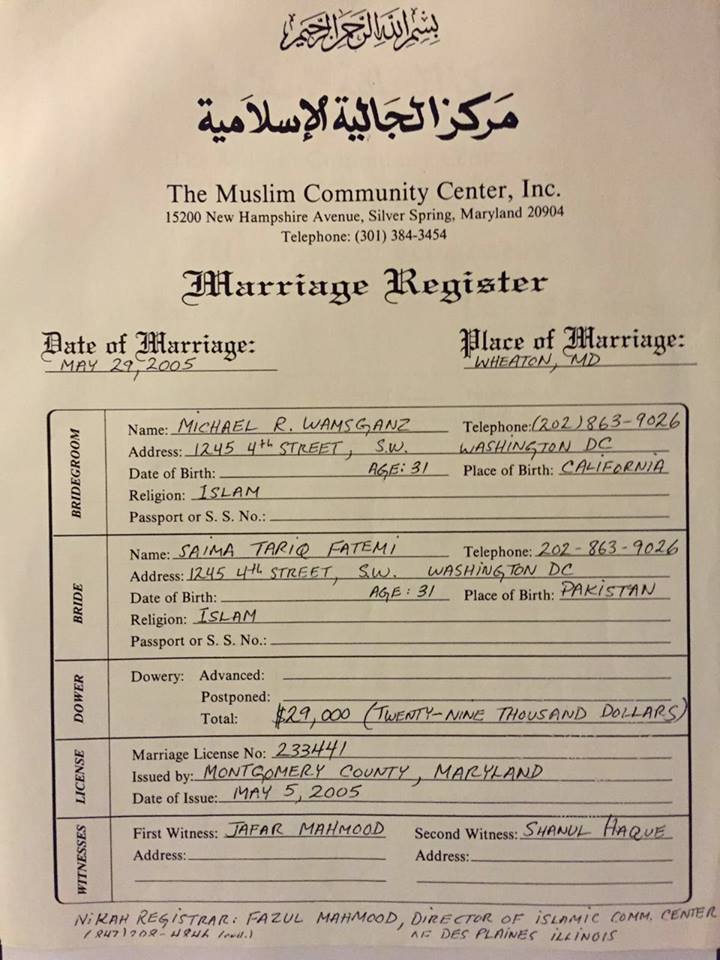 Earlier this week, the Pakistani media had claimed that Fatemi’s daughter was married to an American Jew, sparking a controversy against the Fatemi family, which permanently resides in United States.

Even though the marriage was solely their personnel matter, the media reported it as a ‘matter of public interest’ concerning Fatemi’s position in Pakistani government.

Syed Tariq Fatemi, is a Pakistani diplomat, policy strategist, and professor. He has been Special Assistant to the Prime Minister on Foreign Affairs since 8 June 2013, enjoying the same status as a Minister of State.

Fatemi is an expert on Russian studies and is fluent in the Russian language.

He belongs to a well-known Sufi family, with his father, the late Professor Syed Alay Mohammad Abdur Rauf Fatemi, a well-known educationist and scholar of repute in former East Pakistan.

A career diplomat for over 35 years, he has held various diplomatic assignments in Pakistan Missions abroad, including Moscow (twice), New York, Washington (twice) and Beijing.

He was also Additional Foreign Secretary, (Americas and Europe Divisions), and later worked in the Prime Minister’s Office, charged with Defense, Defense Production and Foreign Affairs. Subsequently, he was promoted to the highest rank in the country’s civil service, that of a Federal Secretary.

He served as High Commissioner (Ambassador) of Pakistan to Zimbabwe, with concurrent responsibility of Angola, Botswana, Namibia and Zambia. Later, he served as Ambassador to the United States, Jordan, Belgium and Luxembourg and finally, to the European Union (Brussels), after which he retired in 2004.

On retirement, he joined the Pakistan Muslim League (N), assisting the party on foreign policy matters. He has also taught at the Foreign Service Academy, the National Defense University, the Administrative Staff College and other institutions.

Fatemi is married and has four daughters and four grandchildren.