Hina Altaf and Aagha Ali all praise for Neelum Muneer 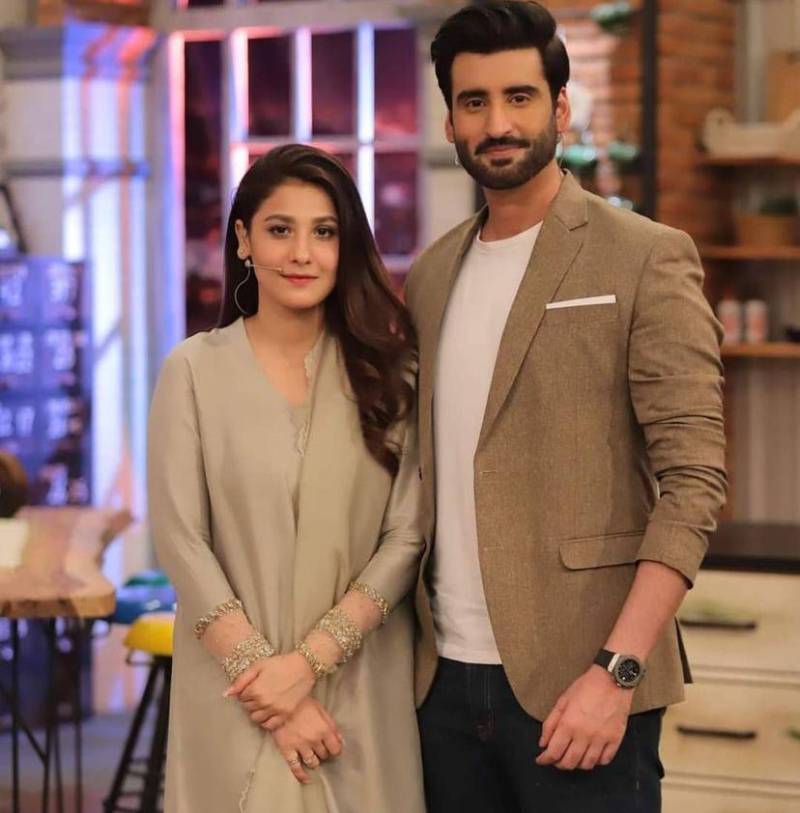 Celebrity sweethearts Hina Altaf and her husband Aagha Ali have a huge fan following. The duo makes a charming couple that is adored by the drama buffs and masses alike even though they keep their personal life private.

Recently, the duo appeared on the show “Timeout With Ahsan Khan” which was aired on Express entertainment TV and the two revealed a lot about the events leading to their marriage and their relationship with co-stars.

During a fun segment, the host Ahsan Khan played a game with his guests on the show. The Mera Bawafa star was asked to share his views about the star Neelum Muneer.

Aagha said, "I have done a project with Neelum Muneer, she is so professional, she is always on time, I have never seen her with one single tantrum basically she is a tantrum less heroin which is wonderful.”

Delving into details, the Gumrah star also added that people are not aware but Neelum is a very religious person who does not work during Ramadan.

Speaking on the journey to marriage, Aagha revealed that their love story was a rather simple one. Earlier, Agha tied the knot with Hina Altaf in May 2020. The couple recently celebrated their first wedding anniversary.

Pakistan celebrity couple Hina Altaf and Agha Ali make a charming couple that is adored by the drama buffs and masses ...