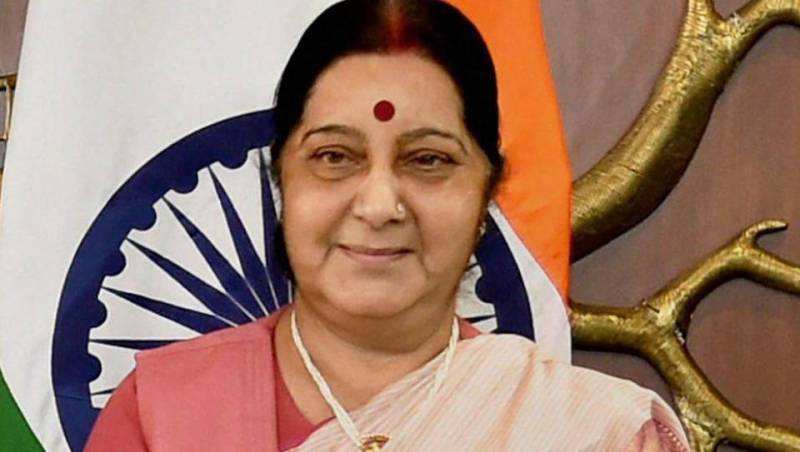 Responding to Pakistan's invitation to attend the event, the Indian foreign minister thanked his counterpart Shah Mahmood Qureshi for inviting her. She said other ministers will attend the ceremony on the behalf of India.

I thank HE Makhdoom Shah Mahmood Qureshi Foreign Minister of Pakistan for inviting me to attend the groundbreaking ceremony of the Kartarpur Sahib corridor on the Pakistan side of the International boundary on 28 November 2018. /1

In a letter, Swaraj wrote, "Due to my prior commitments, including election campaign scheduled in the State of Telangana on that day, I would not be able to travel to Kartarpur Shaib". 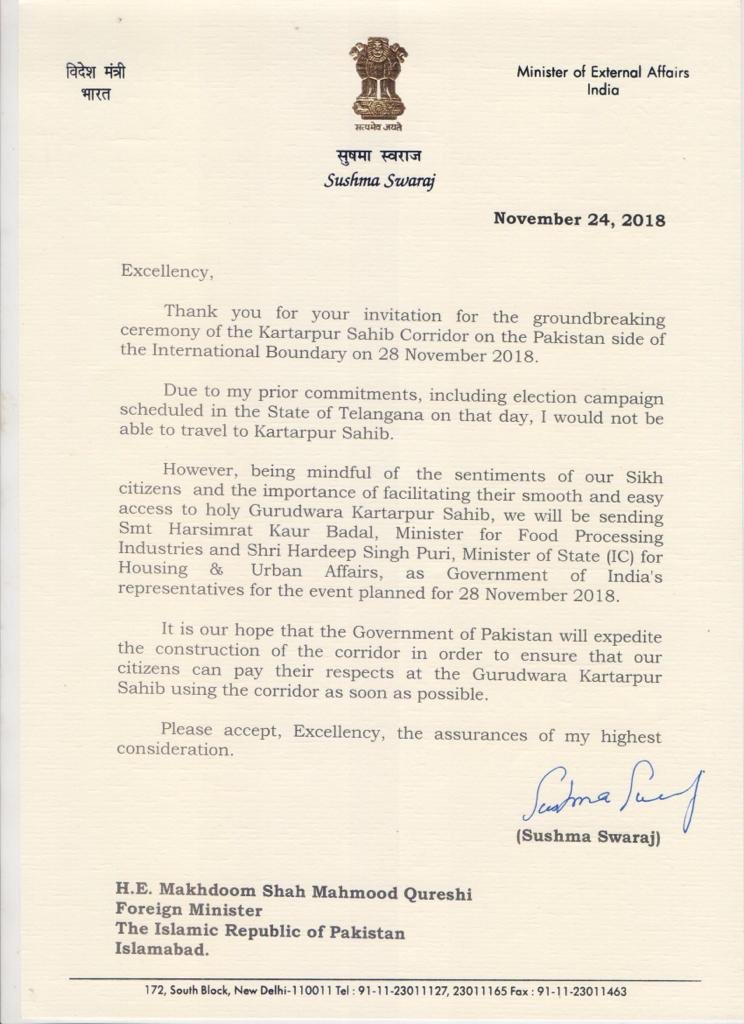 She added, "We will be sending Smt Harsimrat Kaur Badal, Minister for Food Processing Industries, and Shri Hardeep Singh Puri, Minister of State (IC) for Housing & Urban Affairs, as Government of India's representatives for the event".

We hope that the Government of Pakistan will expedite construction of the corridor in order to ensure that our citizens can pay their respects at the Gurudwara Kartarpur Sahib using the corridor as soon as possible. /3

In a tweet, the Indian foreign minister said: "We hope that the Government of Pakistan will expedite construction of the corridor in order to ensure that our citizens can pay their respects at the Gurudwara Kartarpur Sahib using the corridor as soon as possible".

The Pakistani foreign minister also said that Pakistan’s positive attitude is in front of all the world, adding that they are following the policy given by Prime Minister Imran Khan in his victory speech after winning the general elections on July 26.

The Gurdwara Kartarpur Darbar Sahib in Pakistan’s Narowal city holds religious significance for the Sikh community. It is the place where Baba Guru Nanak settled down after his travels as a missionary.

During the ceremony, Navjot Sidhu had called for reopening the corridor, however, he faced flak back home for cordially meeting Pakistan’s Army Chief, General Qamar Javed Bajwa.