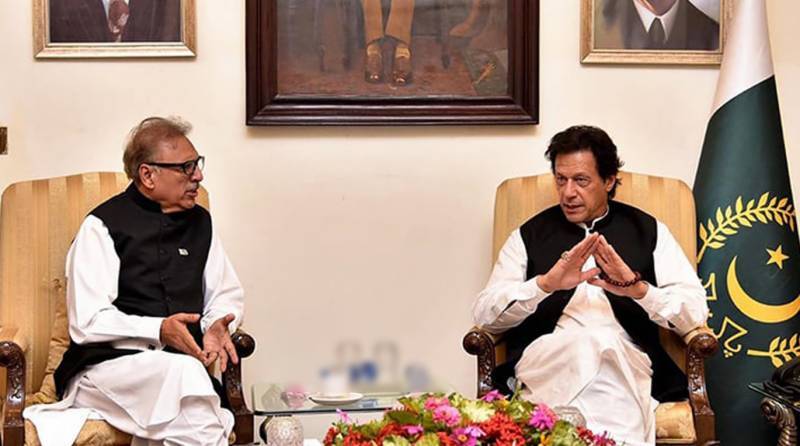 Talking to media outside the Zaman Park residence after the meeting, Fawad said that Imran and Alvi had discussed the army chief’s appointment.

Saying everything will be done in line with the law and the Constitution, he said that the Aiwan-i-Sadr will release a handout between 6:30 to 7:00 pm.

He said that details about a meeting between the president and PTI chief will be shared in the handout.

Earlier in the day, the president arrived at Imran Khan’s Zaman Park residence as Sharif led government named Lt-Gen Asim Munir as chief of the army staff and Lt-Gen Sahir Shamshad Mirza as chairman JCSC and sent a summary to President Arif Alvi for approval.

On Wednesday, PTI chief Imran Khan said President Arif Alvi will consult him after he receives the summary for Army appointments.

He said that President Alvi was in contact with him and would consult him on for the key appointment.

Under the Constitution, the president may stretch the appointment of the new army chief for 25 days. Sources told The Express Tribune that the government had several plans in case the president delayed the summary.