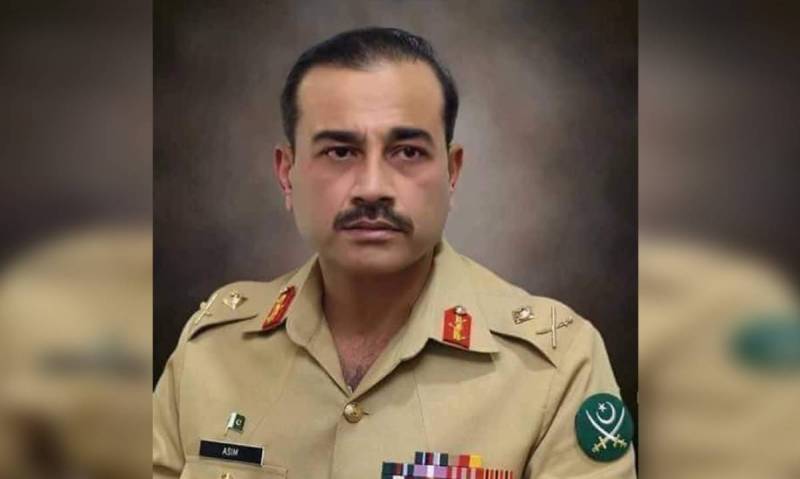 Information Minister makes the announcment after a special cabinet meeting in the capital with the premier in the chair to consult over the appointments of top army officers. Top ruling alliance leaders attended the meeting.

General Asim has been promoted to a four-star rank as the former Director-General of Inter-Services Intelligence (ISI) was the senior most general in the list of seniority while Gen Sahir was second most senior for the coveted post.

Earlier in the day, Defence Minister Khawaja Asif while speaking with reporters said the summary has been forwarded to President Arif Alvi and hoped that all matters will be settled as per the law and the Constitution. PML-N's stalwart also expressed hope that President Alvi would not make the appointment controversial and would endorse the advice of PM.

Former Pakistani Prime Minister Imran Khan on Wednesday claimed that President Dr Arif Alvi will have a word with him before approving the appointment of the next army chief.

PTI chief made the remarks during an interaction with journalists at his Lahore residence. “President Dr Arif Alvi will definitely consult me before the key and take a decision as per the law and Constitution,” Khan told media personnel, saying he leads the party that Dr Alvi belongs to.

The controversial statement from the defiant politician has sparked new debate while legal experts claimed that President cannot consult anyone before approving a summary for the army chief's appointment as it opposed Constitution and its spirit.

Lieutenant General Syed Asim Munir is the senior most officer after outgoing Army Chief Qamar Javed Bajwa and is currently serving as Quartermaster General in the Pakistan Army.

Lt-Gen Munir entered the service via the Officers Training School (OTS) programme in Mangla and was commissioned into the 23rd Battalion of the Frontier Force Regiment. He commanded troops in the Force Command Northern Areas as a brigadier under Gen Bajwa, who was then Commander X Corps. He was appointed DG of the Military Intelligence in early 2017 and then ISI Director General in October 2018.

Lieutenant General Sahir Shamshad Mirza has been shortlisted as Chairman of the Joint Chiefs of Staff Committee ...