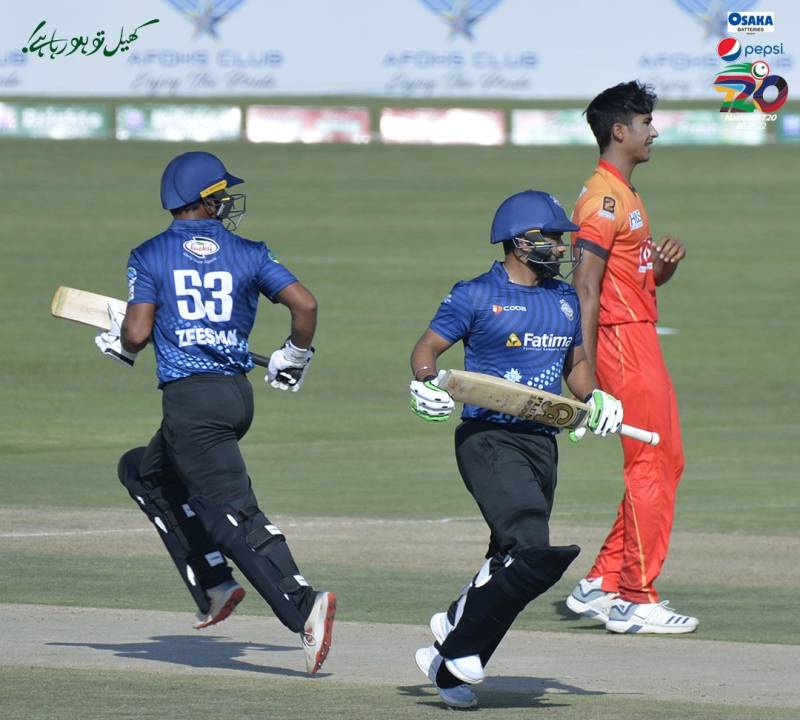 GFS Sindh recorded their first-ever win against ATF Southern Punjab in the National T20 history courtesy Khurram Manzoor’s brilliant 84 off 49 balls in the third match of the tournament played at the Pindi Cricket Stadium, Rawalpindi on Friday evening. Before today’s clash, Sindh had lost all three National T20 matches played under the revamped domestic system in the last two years.

Sindh chased down the 176-run target for the loss of five wickets with Anwar Ali blazing away with 29 off nine balls (three fours, two sixes) to seal the win for his side in the company of Danish Aziz 17 not out.

Anwar and Danish took 21 runs off the penultimate over of the innings bowled by pacer Mohammad Ilyas. Sindh had needed 27 runs off 12 balls at this stage. Danish finished the game with a four off the second ball of the final over.

Khurram’s 84 included 10 fours and three sixes, the right-hander was in sensational batting form and remained the mainstay of Sindh’s batting effort before his run out dismissal in the 17th over. Khurram fell with Sindh needing 38 off the last 19 balls, it was the Anwar-Danish alliance that took Sindh home.

Batting first, Southern Punjab posted 175 for seven in their allotted 20 overs. The left-handed opening pair of Zain Abbas and Zeeshan Ashraf added 59 runs for the first-wicket. Zain was bowled by Mohammad Hasnain for 25. Zeeshan hit six fours and one six before falling to leg-spinner Zahid Mahmood. Khushdil Shah (21) hit two sixes off successive balls off Anwar Ali before falling to the pacer the next ball.

Southern Punjab stuttered a bit in the middle overs as Sohaib Maqsood (18) and Azam Khan (20) were dismissed in quick succession.

Aamer Yamin ensured that the team post a competitive total as he struck four sixes and two fours in his 43 off 26 balls.

For Sindh, Hasnain took two wickets for 40 runs while Anwar, Shahnawaz Dahani, Zahid and Rumman Raees took a wicket each. Rumman was making his first T20 appearance after an 18-month long absence.