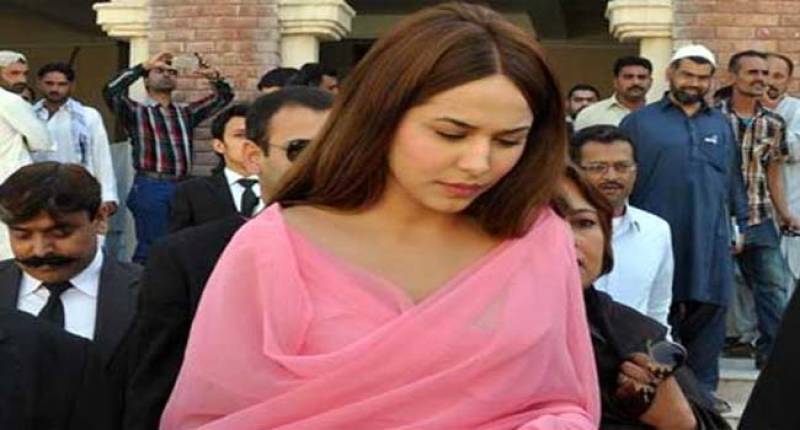 During the hearing, Ayan’s counsel Sardar Latif Khosa termed government actions ‘malafide’, arguing that the model's name was removed from the ECL and then re-inserted hours later based on an application by the Federal Board of Revenue (FBR), which had already been suspended by the SHC.

SC judge Justice Ejaz Afzal Khan heard Ayyan Ali’s contempt of court petition against the government for not removing her name from the exit control list (ECL). The judge remarked that the court had already issued a verdict on the matter.

He said the petitioner should approach the Sindh High Court (SHC) for contempt of court proceedings, as the original ruling on the petition was issued by the high court and the apex court had upheld its verdict of removing Ayyan's name from the ECL.

The model faces up to $10 million in penalties if she misses her international assignments, which are due in June, he added.