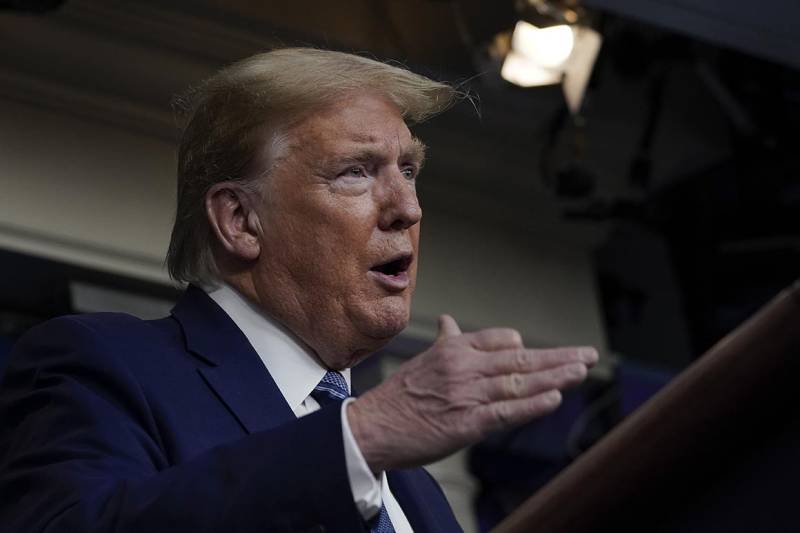 NEW YORK - Republican candidates for Senate seats are being told not to defend the Donald Trump's performance on coronavirus and that they should attack China instead, a leaked internal document revealed Friday.

The 57-page document from the National Republican Senatorial Campaign Committee (NRSC) offers the first insight into the party's strategy to keep the Senate in November.

The memo, obtained by Politico, contains advice on everything from how to tie Democratic candidates to the Chinese government to how to deal with accusations of racism. It stresses three main lines of assault: That China caused the virus “by covering it up,” that Democrats are “soft on China,” and that Republicans will “push for sanctions on China for its role in spreading this pandemic.”

The document urges candidates to stay relentlessly on message against the country when responding to any questions about the virus. When asked whether the spread of the coronavirus is Trump’s fault, candidates are advised to respond by pivoting to China.

Republicans have indicated they plan to make China a centerpiece of the 2020 campaign.

Advisers to the president say polling shows China-focused attacks would be effective, and the reelection campaign has weighed a major TV ad campaign focused on the topic.

The NRSC memo shows that Republicans are also eager to make China an issue in down-ballot races. It was distributed by the Senate GOP campaign arm, though it was not explicitly drafted by or for the committee. It was authored by the political consulting firm of Brett O’Donnell, a veteran Republican strategist who has advised Secretary of State Mike Pompeo and Arkansas Sen. Tom Cotton.