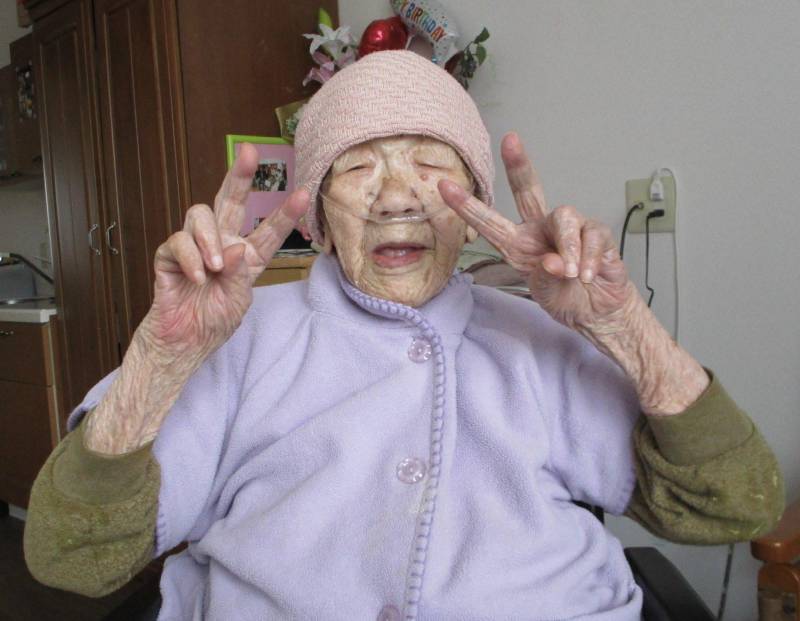 TOKYO – Japanese supercentenarian and the world’s oldest person Kane Tanaka has passed away at the age of 119.

Japan’s Ministry of Health, Labor and Welfare confirmed Kane’s death in a statement. Officials said Tanaka passed away after being in relatively good health until recently.

The actual cause of her death was unknown, while some family members told media outlets that she visited hospital in recent times. The second oldest person to be ever lived survived cancer and lived through two pandemics.

Tanaka resided at a nursing home where she spent most of the time playing board games, solving math problems.

Guinness World Records also shared a tweet in this regard and condoled Tanaka's passing, saying the news of her death had been confirmed by senior gerontology consultant Robert Young, who also helped confirm her record as the oldest person alive in the year 2019.

We had the honour of meeting Kane Tanaka and awarding her the certificate for being the oldest living person back in 2019 🥰️ pic.twitter.com/VHhV716jqu

Kane Tanaka was born on Jan. 2, 1903, in the city of Fukuoka. She was born before the Wright brothers’ first powered flight. She got hitched with a rice shop owner when she was 19 years old and worked in the family store until she was 103.

The Japanese woman had witnessed five Japanese emperors had received the Guinness World Record for the oldest living person earlier in 2019 when she was 116 years old.

TOKYO – World’s oldest person, Kane Tanaka has celebrated her 119th birthday on Sunday with a cake in a ...

The oldest-ever living person verified by Guinness was Frenchwoman Jeanne Louise Calment, who died aged 122 years and 164 days in 1997.