Sushma Swaraj lashes out at Shahrukh, Aamir & others for opting surrogacy! 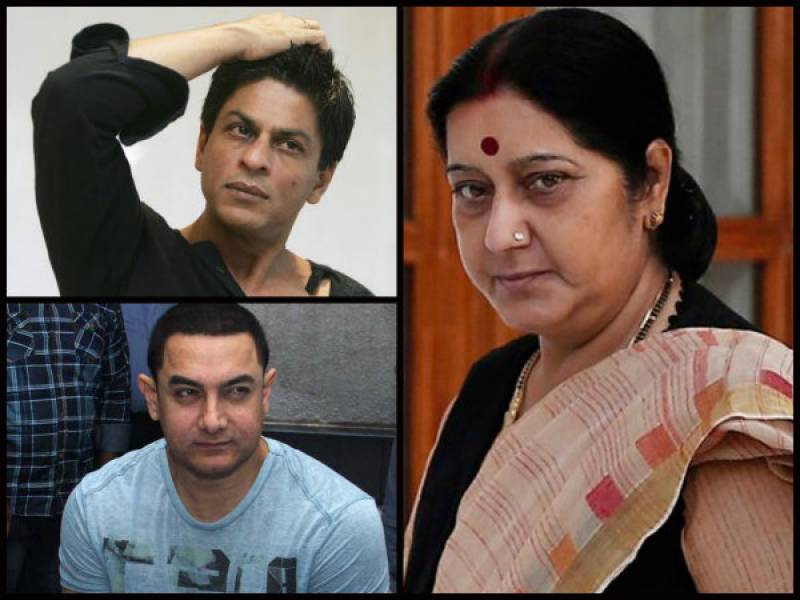 NEW DELHI (Web Desk) – Union Minister Sushma Swaraj slammed on Wednesday some celebrities who, she articulated, have made surrogacy a 'fashion' and 'shauq' (hobby).

According to Indian media, without naming anyone, she said that some celebrities who already have kids - both boys and girls - try to get another child through surrogacy as they 'don't want to put their wives in (labour) pain'.

"We take in many cases of celebrities who hold their own children, yet they have belonged from a surrogate child," she pronounced.

Bollywood actors Shah Rukh Khan, Amir Khan, and Tusshar Kapoor are some of the famous people who have had kids through surrogacy. "I am pained to say that the procedure that started as a necessity, has become a hobby of sorts.

While addressing a press conference she said “this is not a thing for pleasure...it has become a fashion these days,"

The Union Cabinet on Wednesday approved the Surrogacy (Regulation) Bill, 2016. Sushma Swaraj headed the Group of Ministers (GoM) constituted to look into the subject of surrogacy.