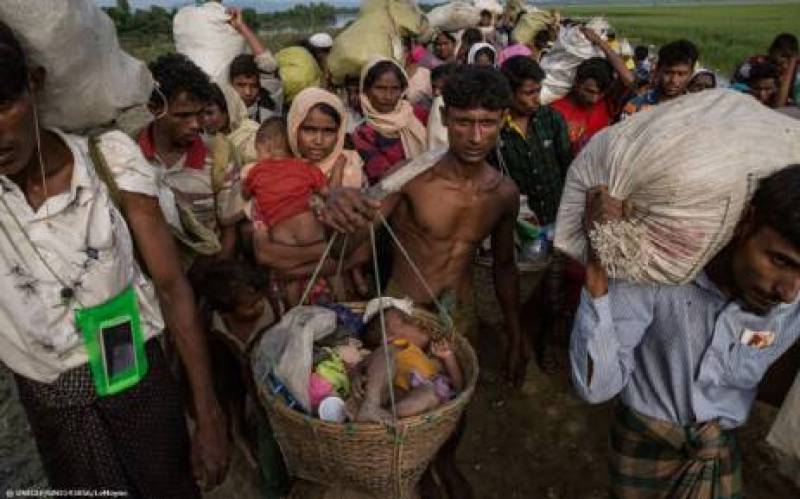 Protests were held to commemorate the first anniversary of Myanmar's crackdown on Rohingyas which started on 25th August 2017 and resulted in a mass exodus of Muslims to camps in Bangladesh. According to the United Nations, approximately 700,000 Rohingya Muslims migrated to Bangladesh after what has been described as ethnic cleansing.

During the protests, many wept as they recalled the brutality of the Myanmar army and the rapes inflicted on the Muslim minority. At the Kutupalong camp, people chanted, “We are Rohingya, we want justice,”. They also held a giant banner which proclaimed: "Never Again: Rohingya Genocide Remembrance Day. 25 August 2018."

In a different part of the camp, thousands of women and children marched behind a huge poster declaring: “365 days of crying. Now I am angry.”

Nearly 7,000 Rohingya were killed in the first month, according to Medecins Sans Frontieres (MSF), and rest had to move to Bangladesh.