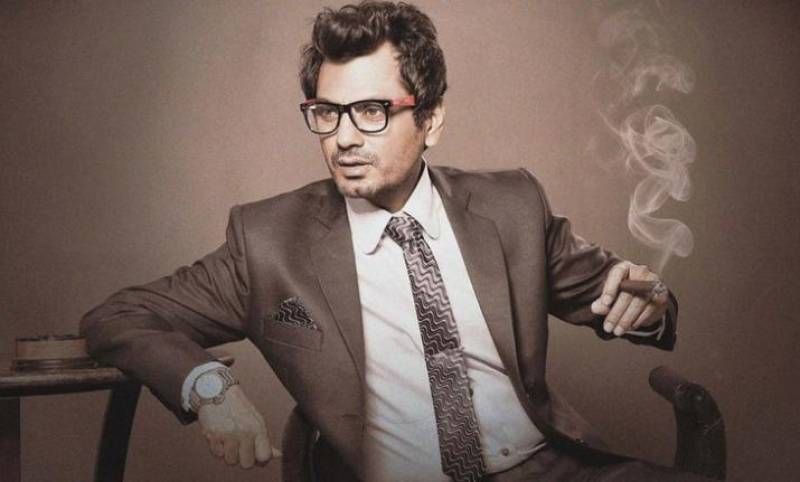 DUBAI - Life is full of surprises. One should never stop following the dreams. Many Stars, famous personalities had shared their success stories and long struggle which made us realize that one can never achieve success. One such big example is talented star Nawazzudin Siddiqui, whose much-awaited biopic of writer Saadat Hassan Manto is going to release soon.

Siddiqui had recently given an exclusive interview to the 'Dawn Newspaper' and he shared his views with the media person in most humble way possible. The star has already won our hearts by doing the role of a Pakistani reporter in Salman Khan's Bhajrangi Bhai Jan.

local newspaper 'Images' reporter had a pleasant experience talking to the Manto star and he had praised Siddiqui's nature and calm personality.  Besides Manto, Siddiqui has played  Ganesh Gaitonde in Sacred Games. He shared that he enjoyed doing different types of roles. “Method acting isn’t a single process, it’s various processes suited for various roles"

He further added  “Method acting is like an exercise, you know? It’s not necessary that the same exercise can be applied to the same character every time. Each character requires a different method." He leans into the conversation without missing a beat anywhere. "There are many characters I’ve done in which I’ve used zero methods. I’ve done them spontaneously, I’ve done them organically.”

Upon asking which character he had liked the most acted, he replied: “The character I did in Gangs of Wasseypur – I did it completely spontaneously. Anurag used to write the scenes then and there. On the set, Anurag would be scribbling away.

He also shared that "We didn’t know what we were going to do the next day. When I would see the scenes, I would read them, understand them and whatever the environment around me suggested to me, whatever I could make of it, I did accordingly.”

While talking about his upcoming movie Manto, Siddiqui shared that "I wanted to approach Manto in my own way. I had my own perception and my own perspective on how I see the world, as all actors do. I wanted that to be central to how I played and approached Manto.”

In the end, the star confessed that he always follows his heart and always take other people as a human being not according to his or her work status.  “See, whenever I do a role or whenever I choose to do a role, I try to see it on a human level. What they do in their professions – if they are a writer or a politician or a gangster – I just don’t go there. I work on the thought process of what these individuals do. I think and I wonder – how do these people think?"

We must say Nawaazudin is a role model for all the people who want to achieve their dreams and want to do something big in life. The actor's life story is an example for all of us that one should never lose hope.

We wish all the very best to the Manto team for their upcoming venture releasing this October.