600 people evacuated after fire breaks out at hotel in Makkah 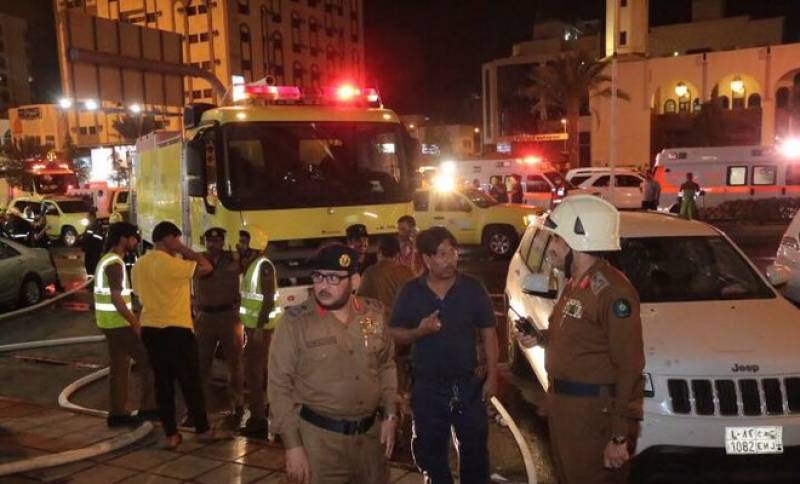 MAKKAH - A hotel in the Saudi Arabian city of Makkah was evacuated Monday after a fire broke out, the civil defence service said.

Tpokesperson Nayef al-Sharif said no casualties were reported in the fire, which was sparked by a faulty air conditioning unit on the eighth floor of a 15-storey hotel in the Azaziyah district of Makkah where two million Muslims will perform the annual Hajj pilgrimage.

All 600 residents, most of whom had come from Turkey and Yemen for the Hajj pilgrimage, were evacuated and have since returned to the hotel, Sharif said.

Makkah that draws millions of pilgrims on regular basis is considered one of the holiest cities in Islam.

Being a birthplace of the Prophet Muhammad (PBUH), it is one of the most revered site in Islam.

The pilgrimage will take place in the first week of September where millions of Muslims from across the globe would gather in Saudi Arabia and celebrate Eidul Azha.