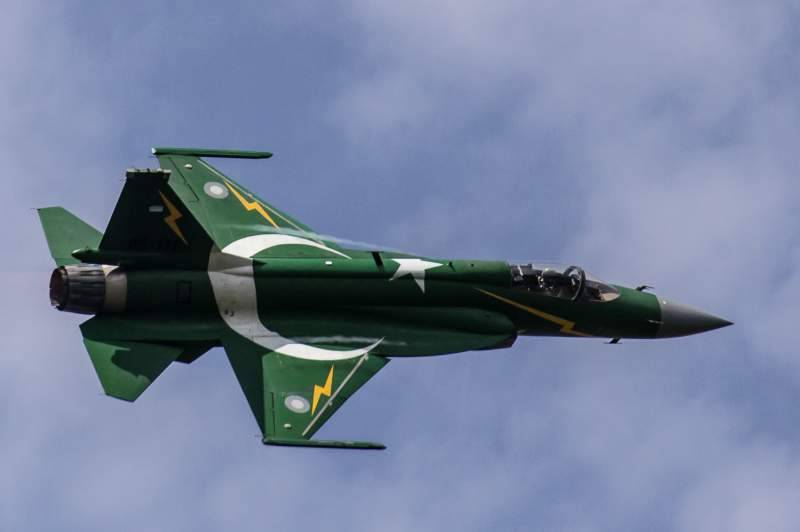 WARSAW - Two JF-17 Thunder and one Super Mushshak aircraft along with pilots, technicians, and engineers of Pakistan Air Force (PAF) arrived at Air Base in Ptooland's city Dęblin to participate in the Radom International Air Show 2018.

The Air Show is part of the celebrations of the 100th Anniversary of Polish Air Force which will start on August 25, at the Radom-Sadkow Airport, Poland and would continue till August 26.

The spectacular JF-17 aerial display is considered to be the major attraction of the show and would provide an excellent opportunity to showcase its cutting-edge capabilities and allow potential customers to assess its immense potential.