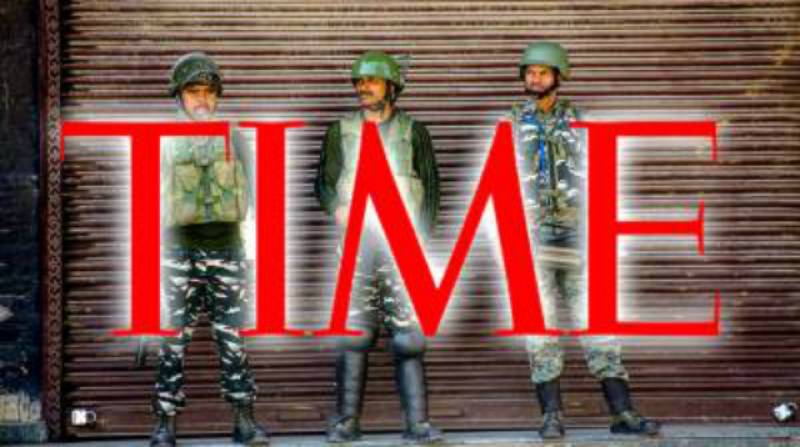 In an article, the magazine says that under pressure from international media`s coverage of the crisis in Kashmir and to give an impression to the world that all is well in Kashmir Indian government is making ridiculous statements.

The magazine referred to a recent press talk by a secretary to the governor of Jammu and Kashmir who stated that all was getting well as the government had kept the water and power supplies running thus indicating that Kashmiris should be thankful to the government for keeping intact the lifelines for basic survival.

The magazine states that such statements from the government, that all is well in Kashmir have never surprised people of Kashmir as these have become a lie that has lost its sheen of cleverness.

It however notes that the only thing that makes Kashmiris wonder is that by what logic the world accepts that a government crackdown is necessary for the people’s own good.