VIDEO: Shoaib Malik, Babar Azam hit 6 sixes in an over 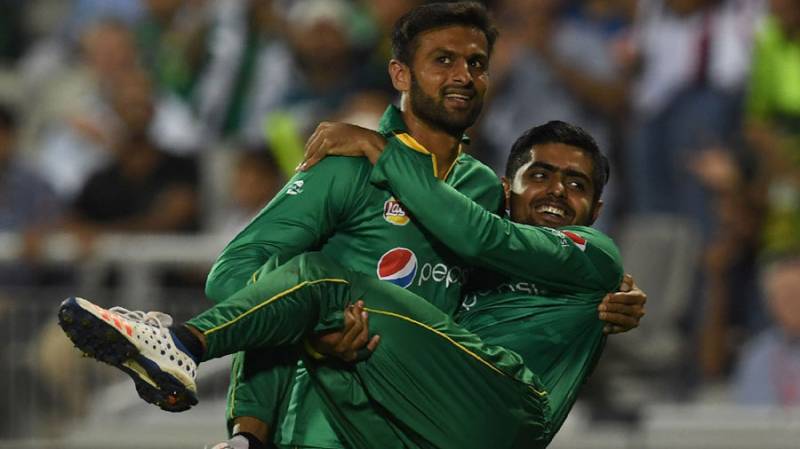 LAHORE - Pakistan's leading run-scorer in T20Is cricket Shoaib Malik on Sunday grabbed the spotlight by hitting 6 sixes in an over. The former captain achieved this feat in a T10 charity match organised by Shahid Afridi Foundation (SAF) at Faisalabad.

The 35-year-old, who was playing for SAF Red team, launched the attack in the 7th over of his team's innings after they were asked to bat first. Malik smashed SAF Green team’s Babar Azam to every corner of the ground.

Shoaib Malik smashes 6 sixes in an over of the bowling of Babar Azam in the Shahid Afridi Foundation charity match in Faisalabad #Cricket pic.twitter.com/lV1b4s4cfY

With this, Malik became the first batsman to hit six consecutive sixes in the newest format of the game.

In reply, Babar Azam got his revenge during the run chase, as he hammered a 26-ball hundred, including 6-ball 36. The right-hander clobbered eleven sixes and seven boundaries, scoring at a strike rate of 384.62. Finally, Afridi hit the winning runs for SAF green with a boundary.