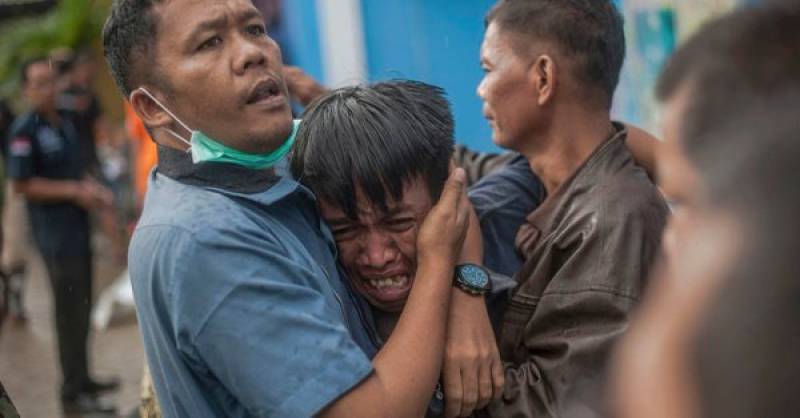 PANDEGLANG, Indonesia – A tsunami killed at least 429 people and injured hundreds more on the Indonesian islands of Java and Sumatra following a volcanic eruption, officials and media said on Tuesday.

The death toll from a tsunami that struck coastal areas around the narrow strait between the islands of Java and Sumatra over the weekend has reached 429, with 154 others still missing, Indonesia's disaster management agency said Tuesday.

National Disaster Mitigation Agency spokesman Sutopo Purwo Nugroho said 1,485 people were injured and 154 others still missing in Saturday night's tsunami in the regencies of Pandeglang and Serang in Banten Province.

The number of dead and injured are both likely to rise.

Hundreds of homes and other buildings were “heavily damaged” after struck by the tsunami following an underwater landslide believed caused by the erupting Anak Krakatau volcano.

Pandeglang, Serang and South Lampung on the island of Java were the hardest-hit regions, according to authorities. The regions are a few hours west of the capital city of Jakarta with its population of almost 10 million people.

Emergency teams from national agencies were yet to arrive on site and local agencies doing their best to cope with disaster.

Krakatau, a volcano located between the islands of Java and Sumatra, is known for the historic eruption in 1883 that blew the island apart and killed 30,000 people, but it has erupted regularly since.

The timing of the tsunami, over the Christmas holiday season, evoked memories of the Indian Ocean tsunami triggered by an earthquake on Dec. 26 in 2004, which killed 226,000 people in 14 countries, including more than 120,000 in Indonesia.