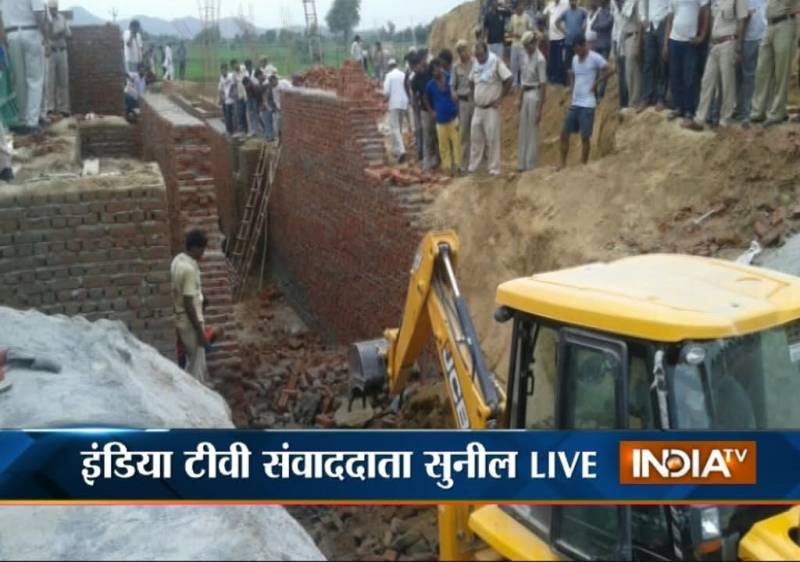 CHANDIGARH (Web Desk) - At least 10 people were killed and several others injured on Friday when an under-construction wall collapsed in a village in Haryana's Mahendergarh district, Indian media reported.

The mishap occurred in Dholera village where laborers were working in a stone crusher unit.

Another 20 people, injured in the incident, were rushed to hospital while district administration began an operation to rescue laborers still buried under the debris.

"An under-construction wall collapsed due to heavy rainfall in the area," sub-divisional magistrate Mahesh Kumar said.

Most victims and injured were laborers from Rajasthan and nearby areas.