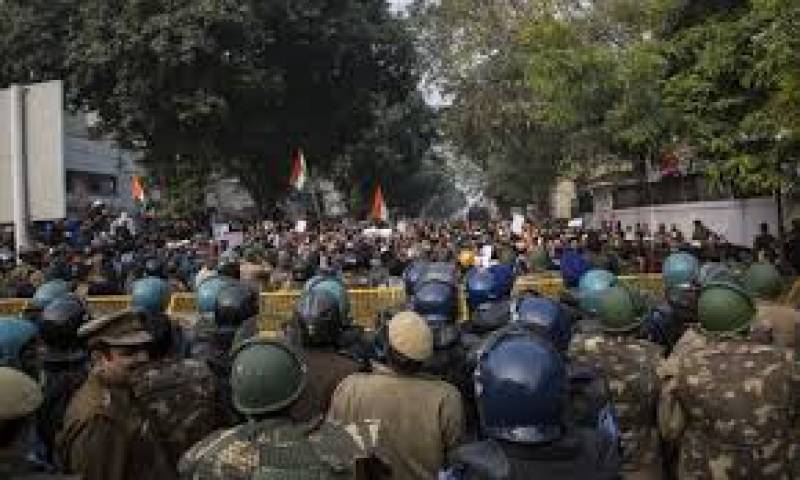 NEW DELHI – The Indian police and security forces have stepped up security to stop the massive protest marches planned on Christmas Eve against the new Anti-Muslim citizenship law across the country.

According to Indian media reports, the internet has been shut down in various cities and Indian paramilitary forces have been deployed in markets and public spaces in New Dehli to stop the ongoing protests.

At least 25 people have been killed by Indian forces in protests since the controversial anti-Muslim law was passed.

The controversial law has sparked violent protests across the country and the wave of protests marks the biggest challenge to Modi’s government since sweeping to power in 2014.