China calls US and Japan 'paper tigers' and 'eunuchs' 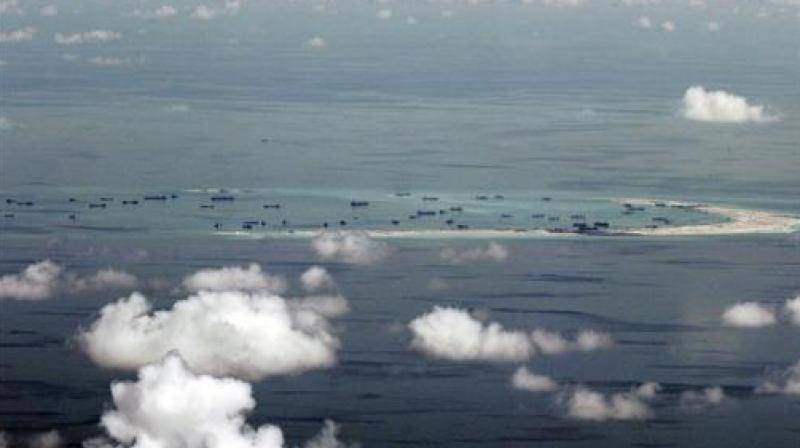 BEIJING (Web Desk) - China's state media today Branded the US and Japan as "paper tigers" and "eunuchs," while alerting that the military should remain ready for "counter attack" if American warships hold exercises near islands claimed by Beijing in theSouth China Sea to enforce the UN-backed tribunal's verdict.

An editorial titled 'Blustering US a paper tiger in SChina Sea' in the state-run Global Times said that the US has voiced the strongest support for the verdict against China onTuesday by The Permanent Court of Arbitration in The Hague.

US has said that the award was legally binding.

"More politicians and congressmen from the House andSenate have also made fiercer remarks, demanding regular challenges to China's excessive maritime claims through naval and air patrols. Japan's stance is precisely the same as that of the US as if they have discussed their lines," it said.

The tabloid daily said that on the contrary the attitude of the Philippines - which filed the petition against China at the tribunal - is relatively mild as it called for restraint.

Part of the ruling Communist Party publications, the daily known for its nationalistic rhetoric.

"An old Chinese saying goes 'the emperor doesn't worry buthis eunuch does,' meaning the outsider is more anxious thanthe player. In this case, Washington and Tokyo are theworrying eunuchs," it said.

"The calls for the use of force have only been heard whenthe US clamoured to safeguard the freedom of navigation in theSouth China Sea, which mirrors that the US hasn't made thedetermination to use the arbitration for a showdown with Chinain the waters.""The People's Liberation Army should enhance its militarydeployment in the waters of the Nansha Islands (Spratlyislands) and be fully prepared to counterattack if the USmakes further provocations," it said.

"We do not wish for any direct confrontation or frictionbetween the military powers... But if Washington insists ondoing so, we will never flinch," the editorial said.

It said many Chinese scholars believe that after the finalaward, the issue will gradually cool down. If there are no bigmoves from Manila, Washington and Tokyo, the case will"literally become nothing but a piece of paper," it said.

The strongly-worded editorial came as China asserted thatit would not abide by the verdict, which quashed its claims onparts of the South China Sea on the basis of historic rights.