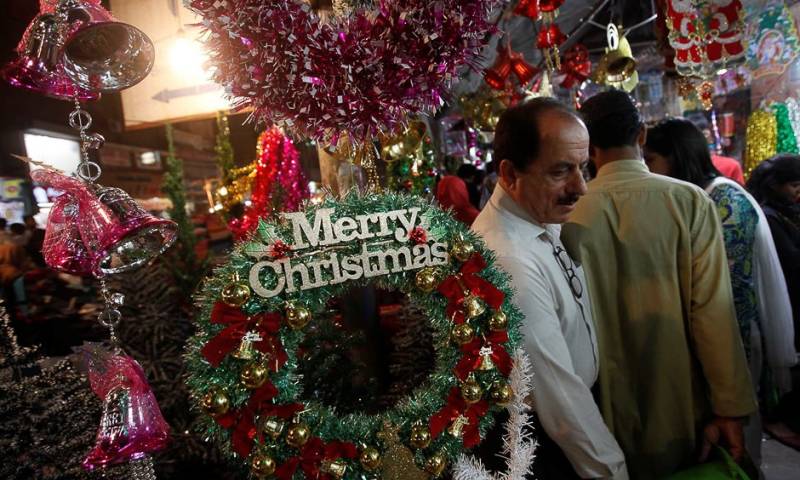 ISLAMABAD – Prime Minister Imran Khan has extended Christmas greetings to the Christian community in the country.

In a tweet on Wednesday, he extended wishes to Christian citizens of the country "a Happy Christmas ."

Wishing all our Christian citizens a Happy Christmas.

in an earlier message released by Prime Minister Office, Khan said his government treats all minorities as equal citizens of Pakistan and undertakes to empower them to use their abilities for national development.

He added Pakistan established Kartarpur Corridor to enable Sikh community of India to visit their sacred shrine, explicitly expressing the importance we accord to minorities and people of other faith.

ISLAMABAD - Pakistan has rejected the US State Department's unilateral and arbitrary designation under the religious ...

Meanwhile, in a separate message, President Dr. Arif Alvi extended his heartiest greetings to all Christian brethren on the occasion of Christmas . He lauded the efforts of Pakistan 's Christian Community for socio-economic development of the motherland.

The President added the government of Pakistan holds sacrosanct the equality and freedom of conscience of all citizens irrespective of belief, creed or religion.