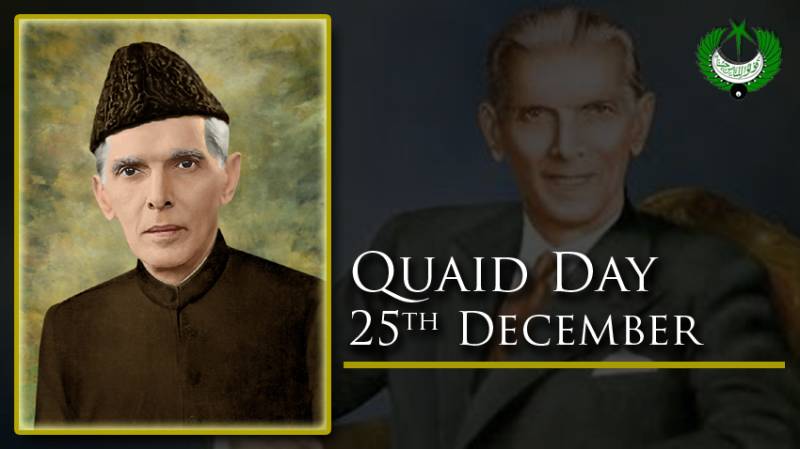 December 25th is a public holiday, and the national flag will be hoisted on government buildings throughout the country.

The day started with a change of guard’s ceremony at Jinnah's mausoleum in Karachi.

#Live: Change of guards ceremony is underway at Quaid-e-Azam’s mausoleum in Karachi https://t.co/ZSmtTTWnIq

A number of activities will be held in government and private organizations to highlight Quaid-e-Azam’s lifelong struggle and his guiding principles.

Paying tribute to Quaid-e-Azam Muhammad Ali Jinnah, the President and the Prime Minister have urged the nation to follow Jinnah's footsteps in all walks of life, and make Pakistan a strong and prosperous country.

The Prime Minister Imran Khan in his message said the nation should follow Quaid’s ideals of Unity, Faith and Discipline with a renewed national spirit, and work towards making the country rise above all seen and unseen challenges.

"My message to you all is of hope, courage and confidence." - Quaid-e-Azam Muhammad Ali Jinnah

Pakistan remembers the Father of the Nation on his birth anniversary. #QuaidDay ???????? pic.twitter.com/ZbGnASWMGg

President Dr Arif Alvi said we should reaffirm our commitment to building a state that respects the diversity of its people and provides equal opportunities to its citizens irrespective of their religion, caste, creed or colour. He said on this day, we must also remember the people of Indian Illegally Occupied Jammu and Kashmir, who are being subjected to the worst kind of state-terrorism for over seven decades.

"As we celebrate the 144th birth anniversary of Father of the Nation, Quaid-e-Azam Muhammad Ali Jinnah, we pay him a rich tribute for his role in the creation of a separate homeland for the Muslims of the sub-continent."