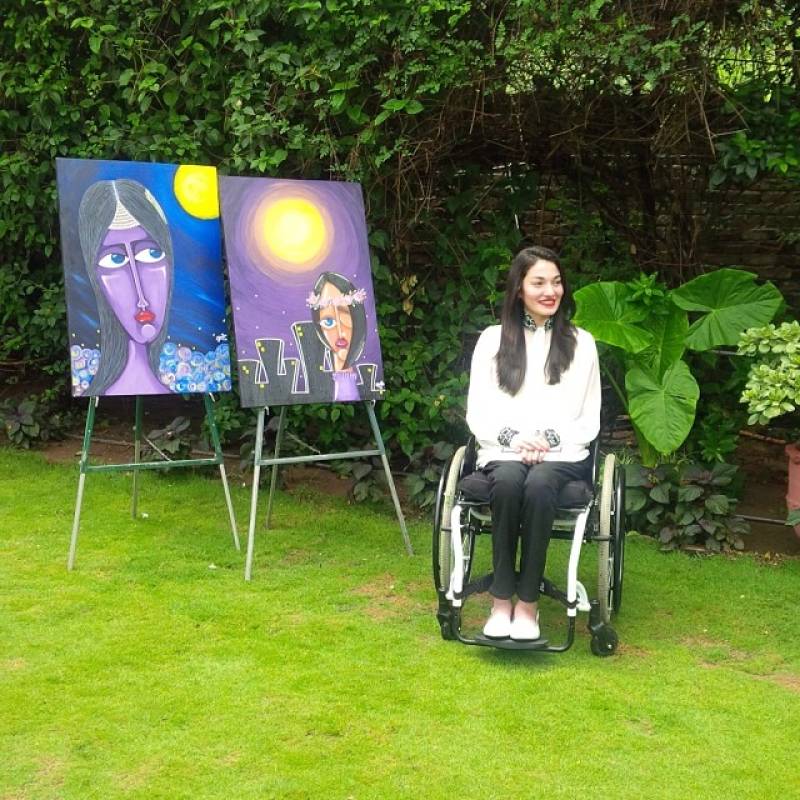 LAHORE (Staff Report) - Muniba Mazari, Pakistan's only wheel chair-bound TV anchor, has been inlcuded in Forbes magazine's  "30 Under 30 list" for  2016.

Honoured to be the only Pakistani in Forbes 30 Under 30 list for 2016.The complete list is here: http://onforb.es/1TGxvVv#Forbes #Asia #Pakistan #Forbes30under30

Muniba Mazari, 28, is the only Pakistani to make it to the list this year which featured Pakistan's Fiza Farhan last year.

Mazari, who originally hails from Rahim Yar Khan,  has been in a wheelchair for over the last seven years after a car accident left her with spinal cord injury in 2007 at the age of 21.

She has earned a Bachelors degree in Fine art and also established her brand Muniba’s Canvas with the slogan "Let Your Walls Wear Colors."

She has been representing the voice of women, men, girls and boys across Pakistan on important issues of gender inequalities, discrimination and determination not to give up and win against the odds.

As National Goodwill Ambassador for UN Women Pakistan, Muniba has dedicated her efforts towards empowerment of women and girls, and is serving as an advocate for UN Women’s “Planet 50-50 by 2030: Step It Up for Gender Equality” which aims at engaging men and boys to take a stand and speak up for women’s rights as human rights.