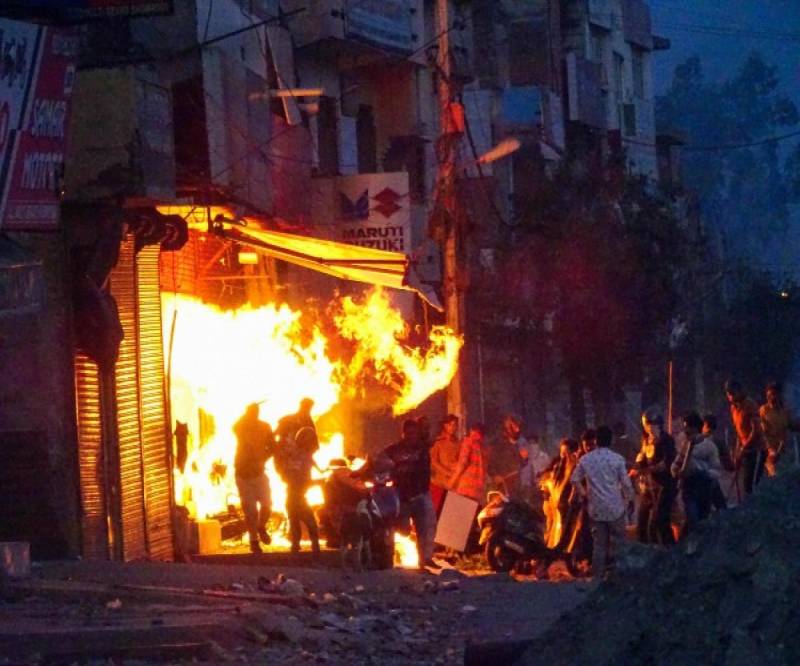 NEW DELHI – The number of people killed in clashes during protests in India's capital city against a controversial citizenship law has increased to 13, according to reports in Indian media.

The clashes first broke out on Sunday, between protesters in favour of a controversial new Indian citizenship law and those against it.

The violence has taken on religious overtones, with Hindu mobs attacking Muslim houses and mosques in different areas of New Delhi.

According to Dr. Sunil Kumar, the medical superintendent of Guru Teg Bahadur (GTB) Hospital, cited by the Mumbai Mirror, the number of injured people admitted to GTB has reached 150.

Moreover, at least 56 police personnel were among those injured, according to the New Delhi police spokesman, Mandeep Singh Randhawa. Randhawa also said that at least 130 civilians were injured in the communal clashes at Jaffrabad, Maujpur, Chandbagh, Khureji Khas and Bhajanpura.

In December, the Indian parliament passed a bill amending the 1955 Indian nationality law and introduced fast-track citizenship procedures for Hindus, Sikhs, Buddhists, Jains, Parsis, and Christians who had fled from neighboring Muslim countries Pakistan, Bangladesh and Afghanistan before December 2014, while Muslims themselves were excluded from the law.

The decision has prompted waves of protests across the South Asian country.

Meanwhile, section 144 has been imposed in Uttar Pradesh's Ghaziabad over continued violence in Delhi.

The clashes have come during US President Donald Trump's first official visit to the country.