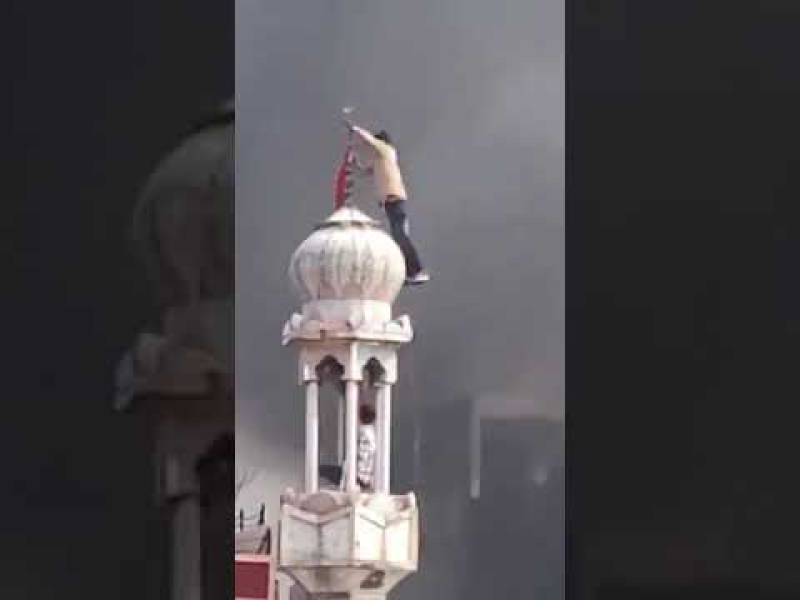 NEW DELHI – Hindu extremists set a mosque on fire in Ashok Vihar locality of North East Delhi on Tuesday afternoon, as clashes over the Citizenship Amendment Act continued for the third straight day in the Indian capital.

A mob shouting “Jai Shri Ram” and “Hinduon ka Hindustan [An India of Hindus]” paraded around the burning mosque, and a “Hanuman flag” was placed on top of the building, according to videos circulating on social networking sites.

We can see a very dark time from our country’s history being repeated. Will we let this happen?#DelhiRiots #DelhiBurning pic.twitter.com/77uXTP1fAQ

Miscreants also looted shops within and around the mosque’s compound, The Wire reported, adding that the people looting the shops were not from the locality.

In North East Delhi, at least 10 people have been killed and over 150 injured since Monday afternoon.

Section 144 of the Criminal Procedure Code barring the meeting of more than four people continued to be in place in parts of the district, but mobs led by Hindu extremists have full backing of Indian law enforcement authorities.