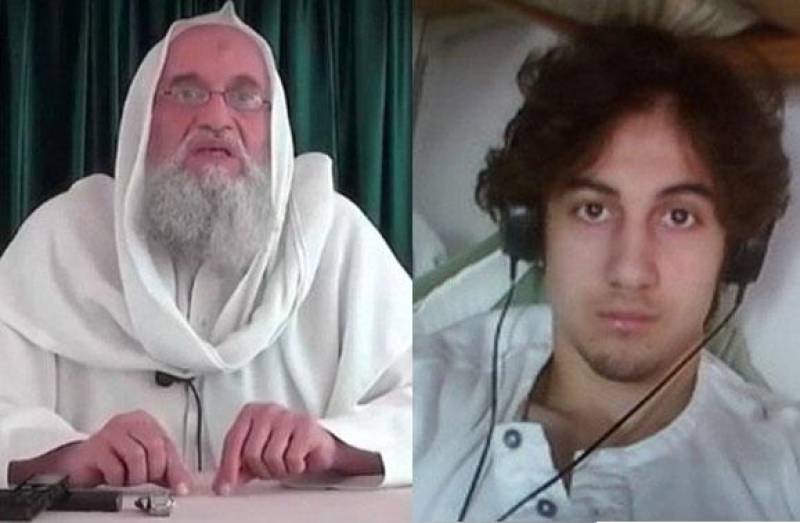 NEWYORK - Al Qaeda chief Ayman al-Zawahiri has reportedly warned the United States of the “gravest consequences” if Boston marathon bomber Dzhokhar Tsarnaev or any other Muslim prisoner is executed.

If the US administration kills our brother the hero Dzhokhar Tsarnaev or any Muslim, it will bring America’s nationals the gravest consequences,” Zawahri said in a recently released video.

Tsarnaev was sentenced last year to death by lethal injection for the Boston bomb attack, which killed three people and injured more than 260 back in 2013.

In the latest unverified audio message posted online, Al-Zawahiri called on the global militant network to kidnap Westerners “until they liberate the last Muslim male prisoner and last Muslim female prisoner in the prisons of the Crusaders, apostates, and enemies of Islam.”

Drone strike on Zawahiri carried out from Kyrgyzstan, not Pakistan, say US media reports