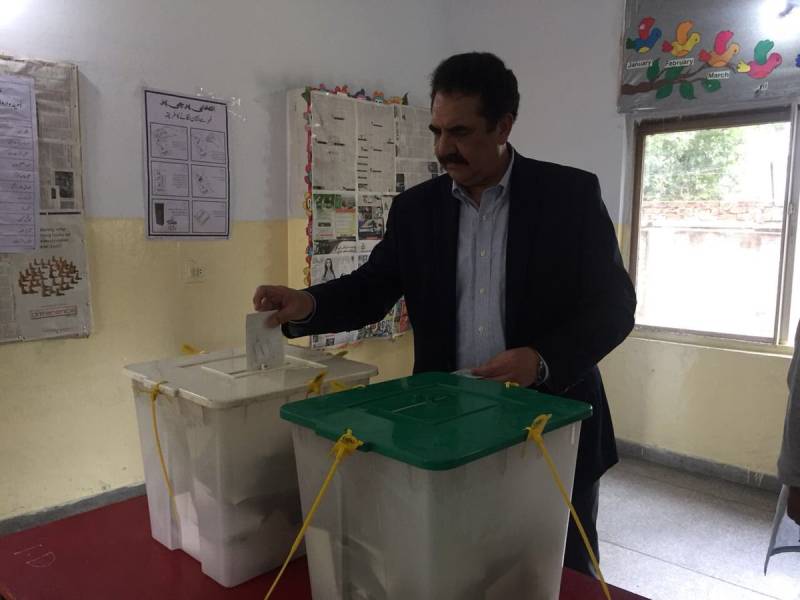 The former military head used his right to franchise in Lahore as he stood behind the constituents, following the queue culture - a gesture widely hailed on the social media. 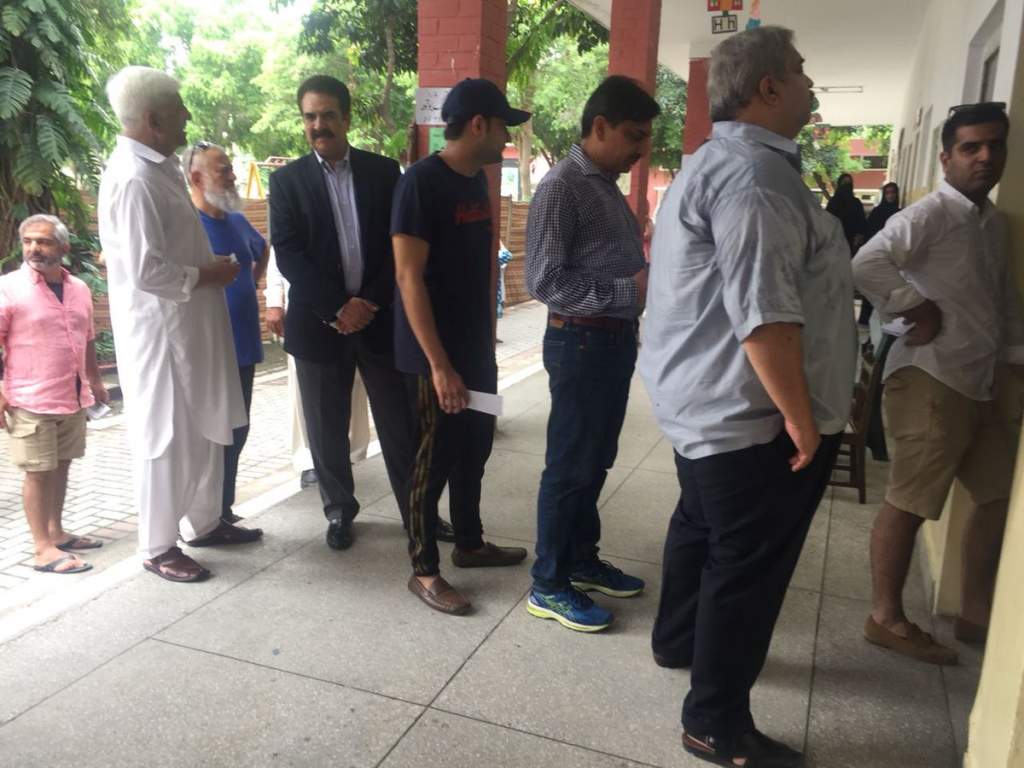 General (r) Raheel Sharif is currently leading the 41 nation Islamic Military Counter Terrorism Coalition having the headquarter in Saudi Arab's capital city, Riyadh but he keeps on hopping between Pakistan and the Oil-rich kingdom.

The polling for the general elections across Pakistan started at 8 am which will continue till 6 pm without any formal break.

In the ongoing elections, as many as 105.96 million people, including 47 million female voters, will be able to use their right to vote, with over 1,2000 candidates vying for 270 national and 570 provincial assembly seats. Twenty-three percent of the total voters would be taking part in the exercise for the first time.