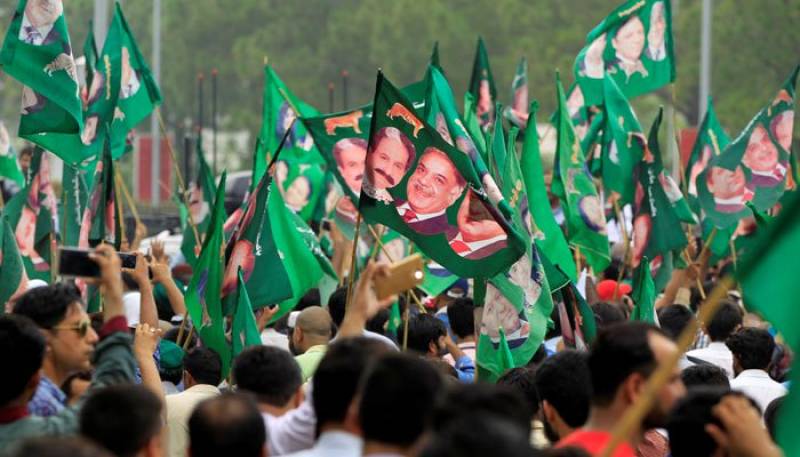 LAHORE - Pakistan's major political parties have pressed the Election Commission of Pakistan to extend the polling time for one hour citing the slack procedure.

Pakistan Muslim League-Nawaz (PML-N) Senator Mushahid Hussain Syed addressing a press conference made three demands to the electoral body. He urged the ECP to extend the time till 7pm, expedite the polling process and facilitate all those voters who will be present in the polling station by the deadline.

Other political leaders, including Sheikh Rasheed and Shahi Syed have also requested the body to give more time to the voters.

A meeting under the chair of the chief election commissioner is being held to discuss the matter. The moot is being attended by Secretary ECP and four members to take a final decision about extending the time.

Earlier today, Senator Mushahid Hussain Syed also sent a letter to the electoral body, seeking extension in the time. The request has been made citing that only three to four constituents are allowed to cast their votes at a time, the letter stated.

The embattled party has also quoted section 70 of the Election Act 2017 which authorizes ECP to 'extend polling hours already fixed'. 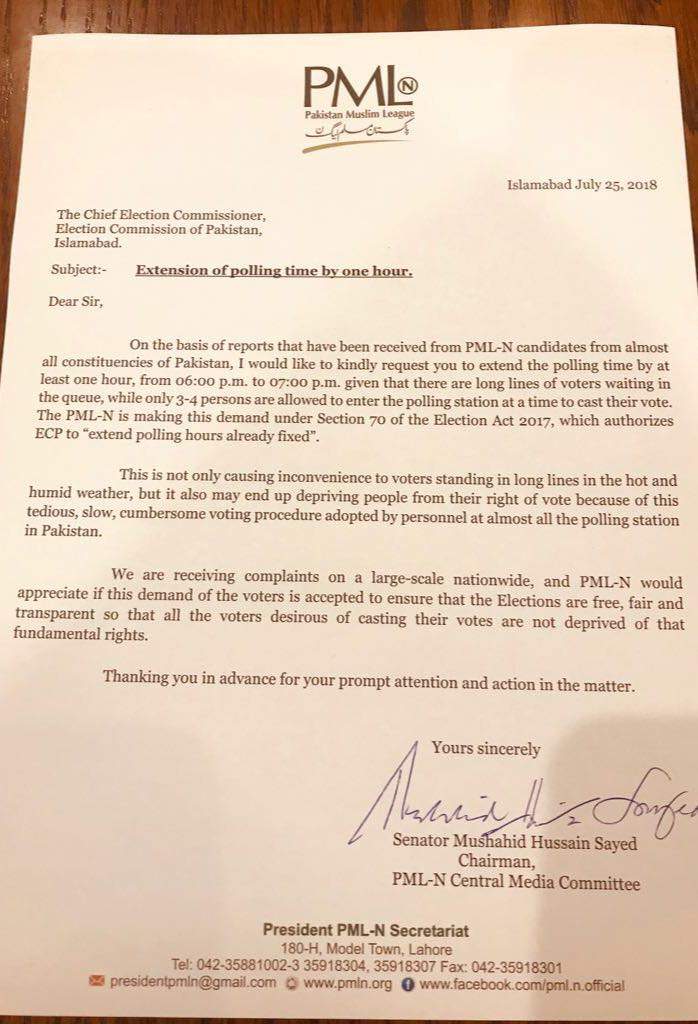 The PML-N leader has requested the electoral watchdog to extend the time by one hour, from 6 pm to 7 pm so that the voters can use their right to franchise.

We are receiving complaints on a large-scale nationwide and PML-N would appreciate if this demand of the voters is accepted to ensure that the elections are free, fair and transparent so that all the voters desirous of casting their votes are not deprived of that fundamental right, stated the letter forwarded by the Senator.

Let it be known that the Election Commission of Pakistan had earlier extended the polling time from 5 pm to 6 pm in June.