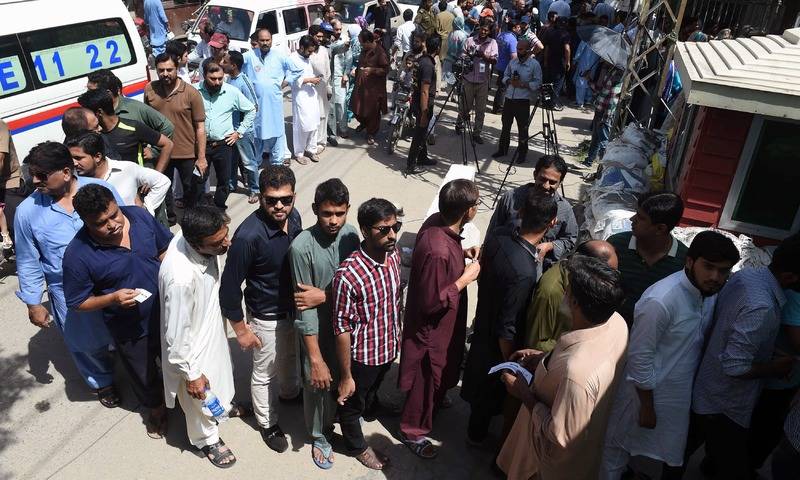 ISLAMABAD - A delegation of European Union (EU) observers on Wednesday visited different polling stations of the federal capital and termed the opening process of general election 2018 smooth and peaceful.

While talking to media at polling station No-113, F-6/2, constituency NA-53, the Chief Observer of the delegation, Michael Gahler said that 120 members of the EU observers going to observe 87 different constituencies which is 32 percent of total constituencies of the country.

He said teams would observe elections process in the federal capital Islamabad and three provinces including Punjab, Sindh and Khyber Pakhtunkhwa (KPK) However not observing Balochistan due to the security reasons.

The Chief observer informed that their teams have observed the opening of polling process at about 40 polling stations yet and found that where the process was smooth and peaceful, adding, our teams will remain present till counting process and preparation of the elections results in the constituencies.

Replying to a question, he said the overall assessment of the EU observers would be given in preliminary statement on July 27 (Friday) at Serena Hotel Islamabad.

Mr. Gahler observed that the polling staff showed sealed and empty ballot boxes in the presence of political agents of different political parties so they could be the witness of fair process.

Replying to a question about what they are observing in detail, he said the observers of EU observing the specific points including code of conduct being followed by military, and other staff of Election Commission of Pakistan, the sealed ballot boxes, ballot papers, turn out, security measures and the strength of the polling staff.

About access of media for covering the polling process, he said he himself did not observe any restriction faced by the media, however, their teams will observe the matter in depth and can make a statement in detail later.

Replying to a question about the accessibility of EU observers to polling stations, the Chief Observer said “this credit goes to the management of the ECP that they have given us a complete access to observe the entire election process.