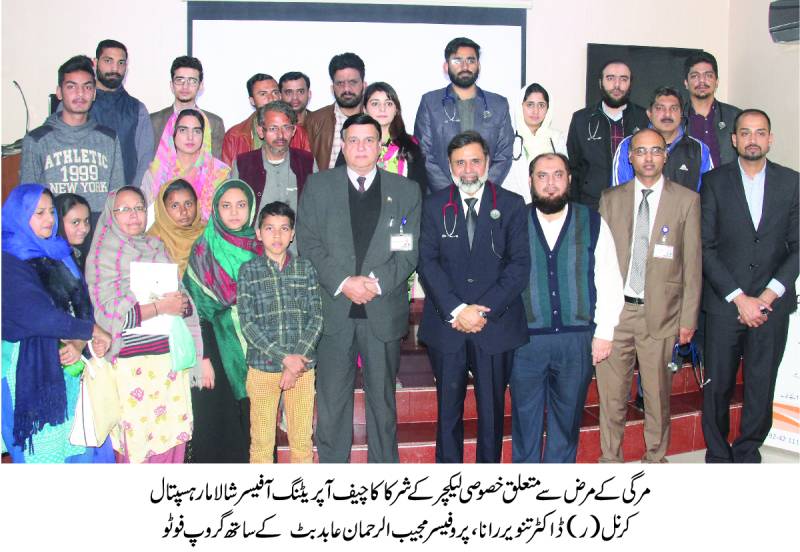 LAHORE  - Shalamar Hospital on Thursday organized a medical camp to celebrate International Epilepsy Day. In the medical camp, patients were informed regarding the reasons behind the Epilepsy disease and ways it could be prevented.

The International Epilepsy Day is celebrated every year in the second week of February to raise awareness of Epilepsy. It is a chronic non-communicable disease of the brain that affects around 50 million people worldwide. It is characterized by recurrent seizures, which are brief episodes of involuntary movement that may involve a part of the body or the entire body. It is sometimes accompanied by loss of consciousness and control of bowel or bladder function.

Seizure episodes are a result of excessive electrical discharges in a group of brain cells. Different parts of the brain can be the site of such discharges. Seizures can vary from the briefest lapses of attention or muscle jerks to severe and prolonged convulsions. Seizures can also vary in frequency, from less than 1 per year to several per day.

An exclusive lecture was organized in Ch Ahmed Saeed auditorium, where Prof Mujeeb Ur Rehman Abid Butt highlighted epilepsy, its causes, diagnosis and timely prevention. He told that people suffering from epilepsy may look normal but a sudden attack can change their life however when the intensity of epilepsy attack reduces, they return to their normal state. He also informed that the people suffering from epilepsy are recommended not to drive so that they do not put their life and the lives of others at risk. -PR