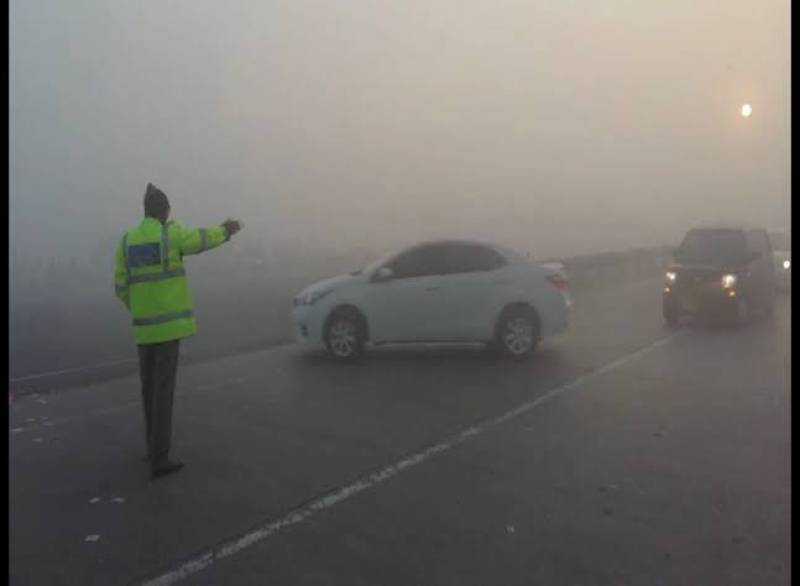 LAHORE – Several Motorway sections were shut down after dense fog covered parts of Punjab on night between Thursday and Friday.

According to media reports, the motorway sections from Samundri to Darkhana (M3), Gojra to Shamkot (M4) and Khanewal to Multan (M5) have been closed as visibility dropped to very low level.

The Motorway police have advised the drivers to switch on fog lights while driving at very slow speed and have also requested the people to stay home and avoid unnecessary travelling.