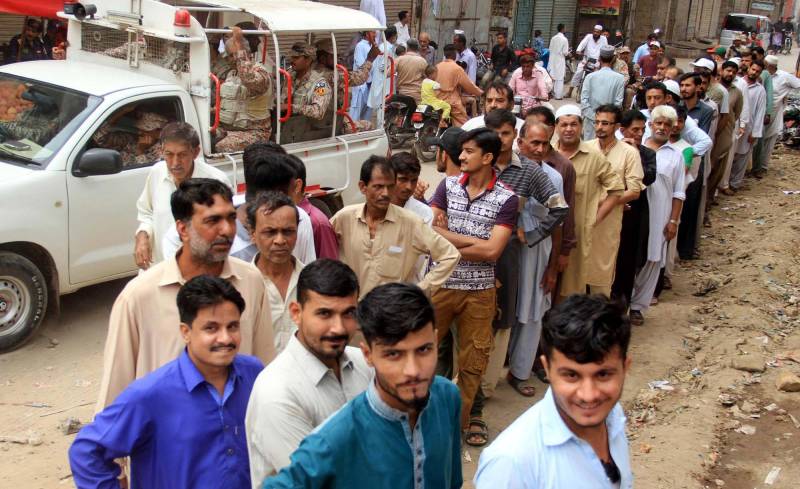 KARACHI - Seven people, including a woman, were arrested after a rigging bid was foiled at polling stations in Karachi’s NA-239.

According to Senior Superintendent of Police (SSP) Korangi, the police took seven people into custody from different polling stations of the same constituency.

SSP further said that the accused apparently tried to give fake Form-45 to polling agents at Al-Fallah polling station. The suspects have been shifted to police stations for further investigation.