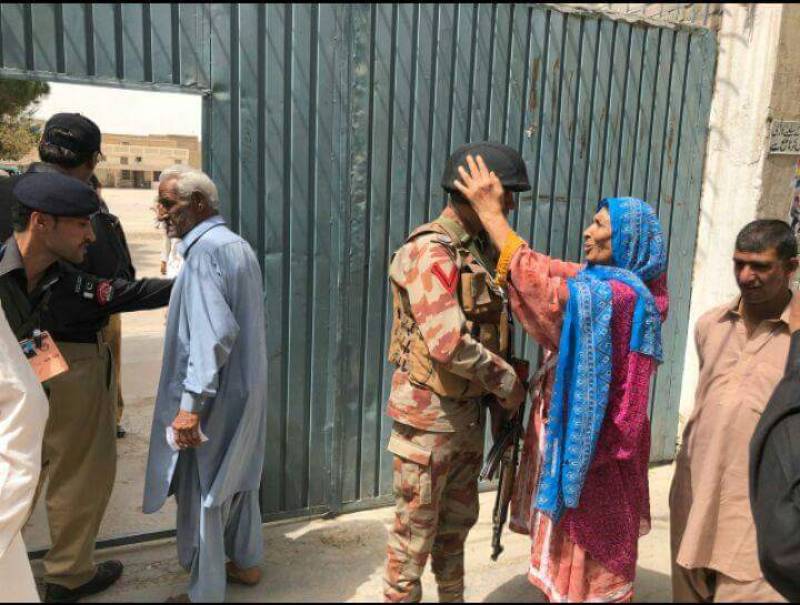 According to the military's media wing, the incident took place last night in Dashtak area of Balochistan when a Military Protection Party providing security to polling staff of NA-271 Kech district was ambushed near Pak-Iran border.

Earlier today, at least 31 people were killed and more than 30 injured in a suicide blast outside a polling station in Quetta's Eastern Bypass area.

QUETTA - At least 31 people, including five police officials, were martyred and scores injured in a suicide attack in ...

Police officials and civilians both were among the dead. Eight of the wounded were in critical condition.

A statement issued by Quetta police said a suicide bomber blew himself up after he was stopped from entering the Tameer-i-Nau Education Complex school, which is serving as a polling station. Earlier reports had said the target of the blast was a police van.

Also today, a Pakistan Tehreek-e-Insaf (PTI) supporter was shot dead and two others were injured during a clash with Awami National Party supporters at PK-47.