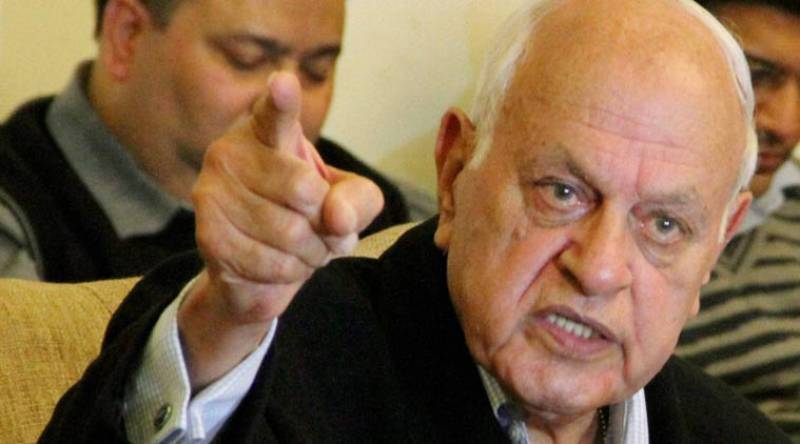 NEW DELHI - Former Jammu and Kashmir chief minister Farooq Abdullah on Friday said that India had no other option than to negotiate with Pakistan over Kashmir issue.

He was addressing a gathering in Chenab Valley, in the presence of his son and Omar Abdullah, who has also served as Kashmir's chief minister.

Farooq Abdullah also expressed that Pakistan is one of the stakeholders of the Kashmir issue which even the government of India has accepted, adding that the India will have no option but to start talks with Pakistan so that the “atrocities through which people of Jammu and Kashmir are undergoing will come to an end.”

Farooq Abdullah while commenting on the Indian parliament's standing resolution on Kashmir inquired 'Is this your forefathers property?' .

Kashmir has been divided between rivals India and Pakistan since 1947, but both claim the territory in its entirety.

Tens of thousands of people, mostly civilians, have died in the fighting since 1989 and a latest spree of violence erupted after the killing of fighter Burhan Wani.