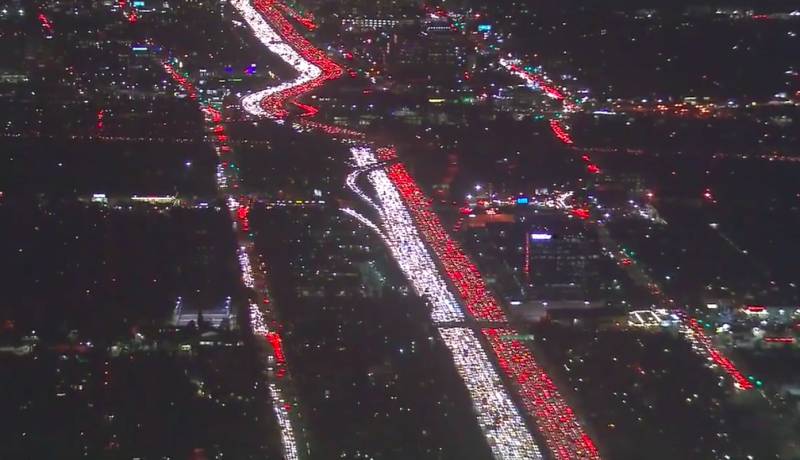 LOS ANGELES - A flabbergasting aerial footage of commuters in Los Angeles who were trapped in snarl-ups heading to home for vacations has emerged .

The commuters ranging in hundreds have been beautifully captured as they were flocking airports and train stations for Thanksgiving party.

The congestion on Interstate 405 in west Los Angeles on Tuesday night was captured beautifully.

From the sky, the head and tail lights of thousands of cars on either side of the freeway combined to create a somewhat hypnotic scene, many termed a mannequin challenge.

Let's have a look at the footage that is stumping the internet right now.

The American Automobile Association predicted that almost 49 million Americans would be travelling 50 miles or more this Thanksgiving.