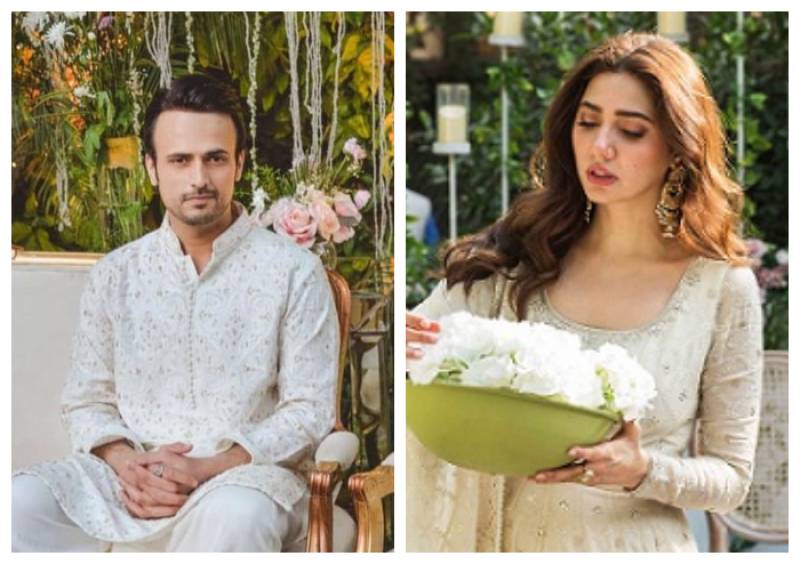 Blockbuster drama serial Hum Kahan Kay Sachay Thay is definitely a fan favourite and has been loved by the public and critics alike for its spectacular plotline and heart-winning performances.

While the drama is a heart-rending depiction of the complexities of relationships, the atmosphere behind the camera is surprisingly full of fun light-hearted moments.

This time around, Usman Mukhtar's adorable 'rukhsati' has left the fans delighted. The adorable BTS video has been winning hearts on the internet.

The aforementioned video spots Mahira Khan, Kubra Khan and Babar Zaheer dancing their hearts out as they send Anaa actor off to his Nikkah with zeal and zest.

Leaving fans in a swoon, the video has been stealing hearts as the immecable chemistry of the actors off-screen shines through. The entertaining happy dancing and grooving of the cast leave everyone amused.

Starring an ensemble cast of Mahira Khan, Usman Mukhtar and Kubra Khan, HKKST is an avalanche of emotions and is penned by legendary writer Umera Ahmed.

Pakistani star Usman Mukhtar's stardom is unmatched when it comes to dramas and in a short span of time, he has carved ...