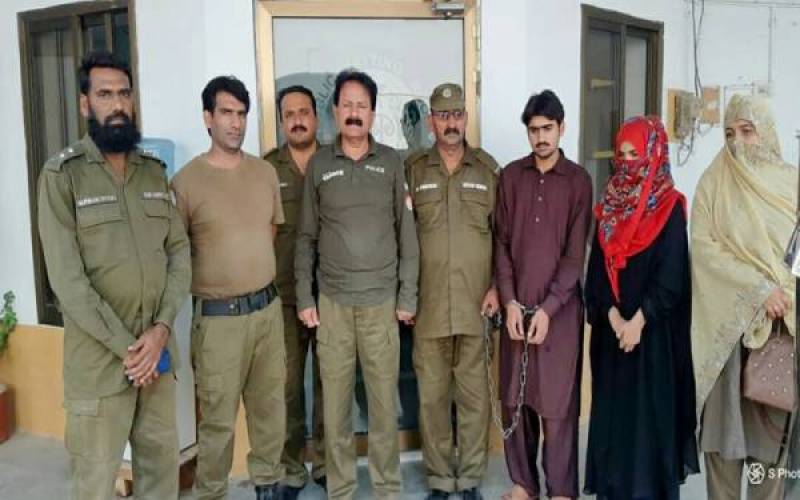 The action was carried out by Sadar police station Burewala's Inspector Mohammad Yaqoob on the directives of the DPO Vehrai Akhtar Farooq. A young girl is also among the suspects.

According to police, the girl made phone calls to boys using fake names and had sweet talks to become their friend.

After some time, she lured them to some specific places for a meeting where her gang members caught the boys and later blackmailed them to extort money, police said.

The suspects has been identified as Summan, Arshad, Ali Haider, Yaseen and Abdul Hafeez.

Police investigation has been launched after registering a case against them.