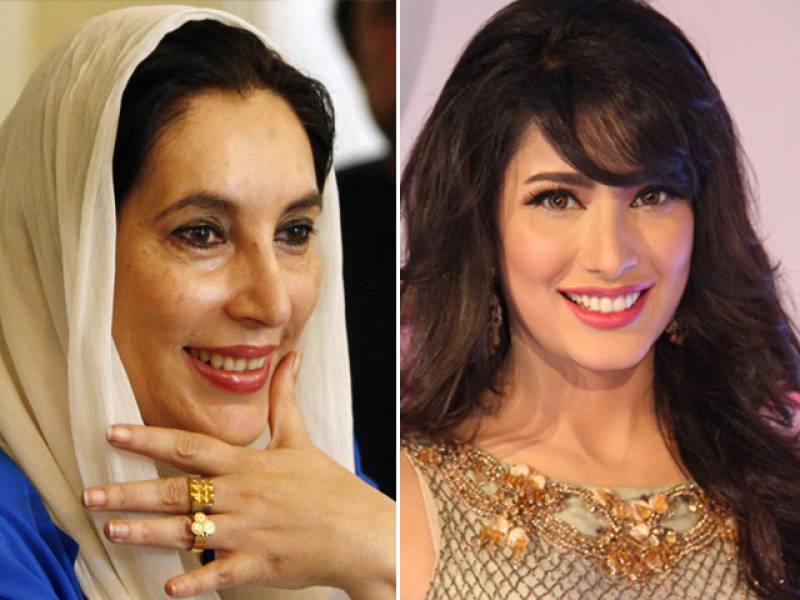 LAHORE - Mehwish Hayat is undoubtedly one of the finest actors Pakistan has in its revived film industry. With her stellar acting skills and ferocious personality, Hayat has managed to win hearts worldwide.

In a recent interview with BBC Urdu, the Pakistani actress said that if her speaking the truth and highlighting how Pakistanis were portrayed in a negative light by Bollywood and Hollywood movies meant that Indian filmmakers won’t cast her in their films, then she’d rather have that.

“I’d rather speak the truth and not get cast in their films,” she said. “This is not something that I’ve said right now. I’ve been saying this all along. Maybe because of the current crisis, this has amplified so much. This has been my stance since day one,” she added.

LAHORE- Mehwish Hayat has added another feather to her cap as she bags another prestigious humanitarian position. The ...

Mehwish urged people who were making films that were portraying Pakistanis in a negative stereotype to come to the country and witness for themselves what Pakistanis were like.

“Come and see for yourselves what a peaceful country and what a peace-loving nation we are,” she said. “We are famous for our hospitality around the world.”

Responding to a query, Mehwish stated that she would be playing Benazir Bhutto in an upcoming biopic. Mehwish showered praises on the former prime minister and said that she loved Benazir.

“I love Benazir Bhutto,” she said. “She was the first woman prime minister of Pakistan. That’s such a great thing. People need to see and know more about Benazir,” she added.

LAHORE - Pakistani star Mehwish Hayat was being offered a role to perform in a music video by Bollywood singers Mika ...

The JPNA 2 movie star said that Benazir’s character that she would essay was currently being scripted by the writers and that she was excited to play the role. She said that the younger generation needed to know more about the slain leader.

“Things are written in books and people do read them. But the film is another medium altogether,” she said. “Our generation needs to know more about Benazir.” The Load Wedding starlet also said that she was reading up about Benazir to gear up to play the role. “The more I read about her, the more I am inspired but I also get sad. We lost a great leader,” she said.

Hayat also gave her two cents to the hate and controversy that was being ignited after she was awarded the Tamgha-e-Imtiaz in 2019.

“The size of your mentality and your mind matters,” she said. “Your mind should be big enough to fit both my Tamgha-e-Imtiaz and Billi song.”