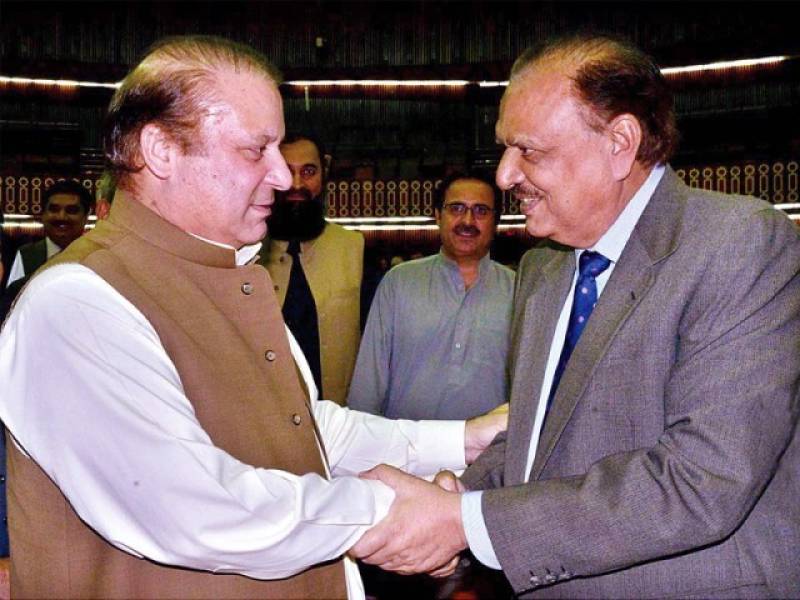 ISLAMABAD (Web Desk) - President Mamnoon Hussain and Prime Minister Nawaz Sharif on Friday extended Eid greetings to the nation emphasizing on the need to set practical examples of sacrifice in our lives to help resolve the current issues facing the country.

In their separate messages, both the leaders urged people to share joys of Eid with poor and under-privileged.

The President said on this occasion, as true Pakistanis, we should also remember the invaluable sacrifices of our brothers and sisters who are suffering difficulties in fight against terrorism.

He said our armed forces are actively engaged in a decisive fight against terrorism and we are very close to victory.

The Prime Minister said the real spirit of Eid-ul-Azha lies in fostering the essence of sacrifice and reverence before Allah Almighty.

PM Nawaz Sharif said, “we need to rise above personal, sectarian, and party interests to get rid of extremist approaches. We should work on converging our spirits of sacrifice towards the unity of nation and the Muslim community the world over.”