After Newsgate scandal, Dawn’s Cyril Almeida got into a Twitter spat with Chinese envoy in Pakistan on CPEC 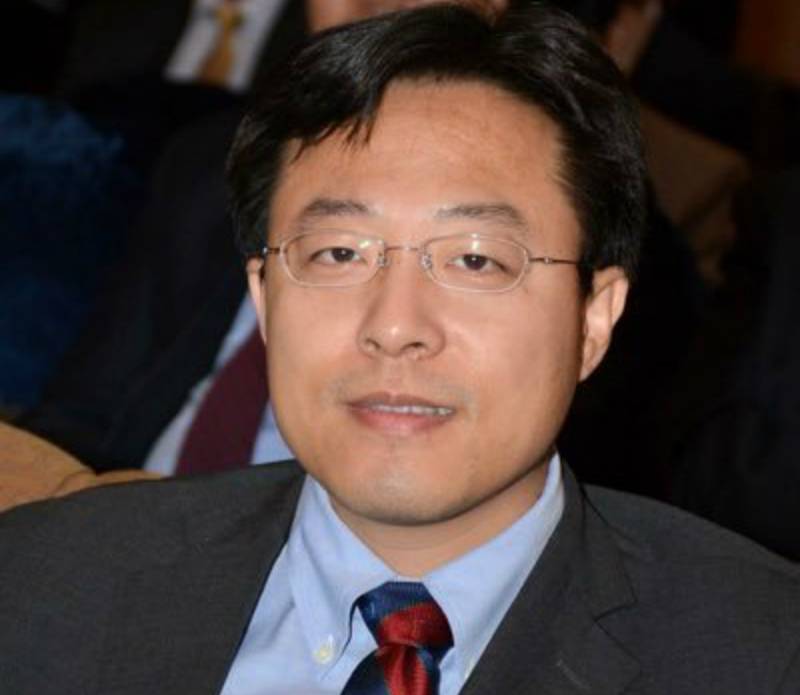 ISLAMABAD - Fed up of hearing charges that the China-Pak Economic Corridor is beset with corruption, favoritism, abysmal working conditions and the like, a top Chinese official in Pakistan yesterday tweeted his displeasure over the baseless accusations.

The allegations and charges appear to have angered Zhao Lijian, the acting Chinese ambassador and chargé d’affaires, who has used Twitter over the past few months to defend the CPEC.

Zhao took to Twitter early on Tuesday morning after he was apparently angered by an allegation that China was using “prisoners as labour” on the CPEC.

For those who accuse CPEC projects of corruption, there is one Chinese saying: Gauge the heart of a gentleman with one's own mean measure.

Is China using Prisoners as labour to save costs under CPEC? This is nonsense. The person spreads rumors like this has a hidden agenda

While trying to clear the air regarding the China-funded multi billion dollars project, the Chinese envoy got into arguments with Dawn’s Cyril Almeida who stirred a storm in October by revealing the details of a top-secret security meeting between civil and military leadership.

Easy there... Chinese, yes, but still a diplomat in Pakistan, no? https://t.co/tFuqGd0xiv

No need for that war on corruption back in China, then... https://t.co/A3T9ARr5DB

No need to be cynical. FYI, China punished 1.01 million officials since 2013. CPEC projects are a clean sheet. They are part of the war, too https://t.co/Q3wjJXi8VU

Then, addressing a rumour that China is using Chinese prisoners to work on the $51 billion project - to save labour costs - Zhao fulminated thus:

It is really unfortunate that senior journalists believe in this kind of stories of Chinese prisoners in CPEC projects. Are they out of mind https://t.co/wTGcIH3vI0

The journalist then questioned the tone of the tweet, especially the bit that said "out of their mind".

Much that is unfortunate here and several out of their minds, but surely not a reasonable (diplomatic?) response... https://t.co/CTIV3ipZv1

The top diplomat didn't like that one bit either and shot back:

When those people spread rumors that Chinese workers are prisoners, are they diplomatic? For those people, only one word nonsense https://t.co/nPnpCTSY5L

Cyril wasn't the only one surprised at this aggression.

If that's the approach to this place, you'll have an aneurysm before long... https://t.co/VNVkdz381P

@cyalm Comrade Mohammad is a very unusually aggressive Chinese official. I fear for his future in the People's Republic (seriously)

Earlier on Monday, Zhao had dismissed criticism of the CPEC at a seminar organized by a thinktank in Islamabad on Monday. “CPEC is working well. But there are some people who are maligning the project, which enjoys the support of most of the people of Pakistan,” he said.

The China-Pakistan Economic Corridor aims to facilitate trade along an overland route that connects Kashgar in China and the Gwadar port in Pakistan, through the construction of a network of highways, railways and pipelines.

The CPEC was announced in 2013 but work began on infrastructure that is part of the venture over the past year, with Prime Minister Nawaz Sharif looking to the project to create jobs and ramp up the generation of electricity to counter a crippling energy crisis.

However, Pakistani experts have repeatedly questioned how China will raise the funds for the CPEC and also the amount that Islamabad will have to pay back as interest on loans for the project, with one estimate putting the annual net outflow at $3.54 billion.